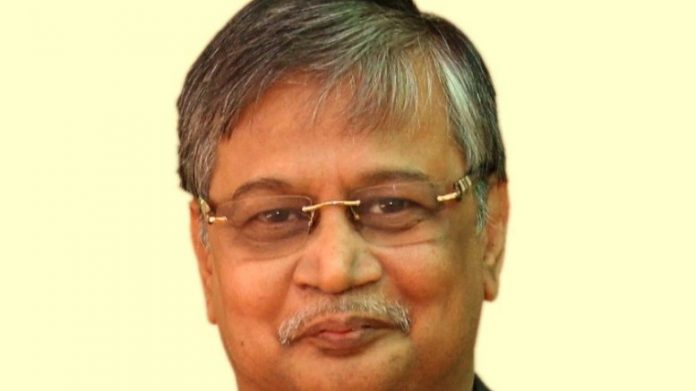 Noted nuclear scientist Sekhar Basu (68), former Chairman of Atomic Energy Commission (AEC) and Secretary, Department of Atomic Energy (DAE), passed away on Thursday due to Covid-19 at a private hospital in Kolkata.

A Padma Shri awardee, soft-spoken Basu is survived by his wife and son.

Prior to becoming the AEC Chairman, Basu was the Director of Bhabha Atomic Research Centre (BARC).

In the Indian nuclear science circle, the unassuming Basu was termed as a man of few words but an action-oriented good task master.

Incidentally, it was Basu who headed the project to develop the shore-based 80 MW reactor that was the prototype for the one that propels INS Arihant.

At that time, Basu kept himself away from the media. He came in the public eye only after becoming the Director at BARC.

It was during his tenure as BARC Director that the supply of fuel for the indigenous nuclear submarine INS Arihant and for the prototype fast breeder reactor (PFBR) began.

As BARC Director, Basu took special initiatives for major expansion of the societal programmes of the atomic energy department in areas like agriculture, food preservation and medicine.

He was the guiding spirit behind establishing a nuclear fuel cycle park involving research reactors, fuel fabricators and reprocessing facilities on BARC’s Vizag campus and initiated work on the design of the Indian Pressurised Water Reactor.

“Basu was at Kalpakkam for over 18 years and was passionate about the place. He was instrumental in according the approval for the construction of the Palar Check dam at Vayalur near Kalpakkam, which has not only improved the water table in the area, but has also helped the farm cultivation increase many fold,” the Indira Gandhi Centre for Atomic Research (IGCAR), Kalpakkam, said in a statement.

“Under his supervision, construction/up-gradation of six hospitals was initiated for serving about 1.5 lakh new patients every year. Major thrust has been imparted for the development of indigenous cancer care drugs,” IGCAR said.

He had supervised the setting up of the first plant in India commissioned to treat 100 tonnes/day sludge and produce manure using a fully automatic process in Ahmedabad. The plant uses radiation technology to cleanse sludge reliably and affordably.

Basu was awarded Honoris Causa Doctorate degrees by eight universities. He was honoured with the Padma Shri in 2014.

“He was a true visionary, a brilliant technologist and a nuclear scientist par excellence,” IGCAR said.