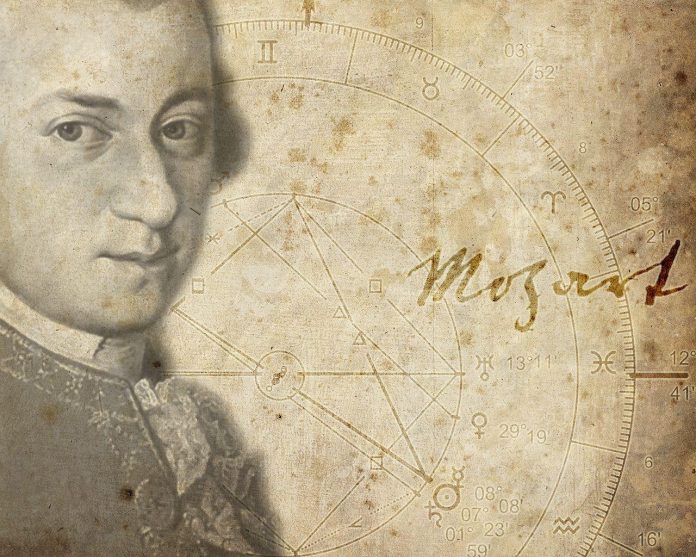 Music is timeless. It can go back centuries ago. One of the most iconic personalities of music is Wolfgang Amadeus Mozart or mostly known as Mozart. He was a famous and influential composer of the classical period born in Salzburg, Austria, on the 27th of January 1756.

Mozart showed expertise in playing Keyboard and Violin at such a young age. In fact, at the age of 17, he was already engaged at Salzburg court as a musician. That is until he traveled in search of a better position.

Johannes Chrysostomus Wolfgangus Theophilus Mozart was the baptized name of Mozart, Yes! It’s that long, imagine calling him by his full name would make you catch your breath. Still, later in his adult life, he was commonly called Wolfgang Amadé or Wolfgang Gottlieb, born to Leopold and Maria Anne and the youngest among seven children, five of whom died in infancy.

With his father’s help, her older sister Maria Anna Mozart nicknamed “Nannerl,” began keyboard lessons while the young three-year-old Mozart looked on. One of the interesting Mozart facts is that, at the age of four, their father Leopold began teaching Mozart a few minutes and pieces at the clavier, and he could play it close to perfection! Amazing, right?

Mozart began composing at the age of five and created his first musical composition, which he played to his father. As the years go on, Mozart’s musical talent became evident. At a very young age, together with her sister Nanneri played as a child prodigy, in 1762, they had an exhibition at the court of Prince-elector Maximilian III of Bavaria in Munich.

At the age of 11, Mozart composed his first symphony. He finished his first symphony in E-flat Major, and after a year, he played it live for the first time. During that time, Mozart has already been to different places and became famous across Europe as a child prodigy. He met different musicians and got acquainted with the works of other composers.

At the same age of 11, one of the interesting facts is that he wrote and composed his first opera “Apollo et Hyacinthus” it was a success when it premiered in the same year, but was only played once in his whole life. He also jointly composed “Die Schuldigkeit des Ersten Gebots” with Michael Haydn and Anton Cajetan Adlgasser, all at the same age of 11.

An archetype of the classical style is how Mozart’s music is classified. When he began writing and composing European music, the style Galant which was a reaction against the style Baroque, was dominating. In Mozart’s time, the late Baroque style counterpart happened once more, where it was moderated and disciplined by new forms.

Mozart’s work is not limited to a few musical styles. He is a skilled composer and succeeded in every major genre, including opera and symphony. These musical styles include the piano sonata, chamber music, string quartet, string quintet, and the solo concerto. These forms were not new, but he improved the technical sophistication and emotional reach.

Despite being famous, Mozart often struggled financially due to bad spending habits. It eventually led them to take several loans, which may have added to his depression at the time.

Music, as we know, it is timeless. You can still feel Mozart’s musical influence until today, for instance, the “Eine Kleine Nachtmusik.” Some may not be aware of it, but I’m pretty sure at some point in our life we have listened to and appreciated the musical artwork of Mozart.