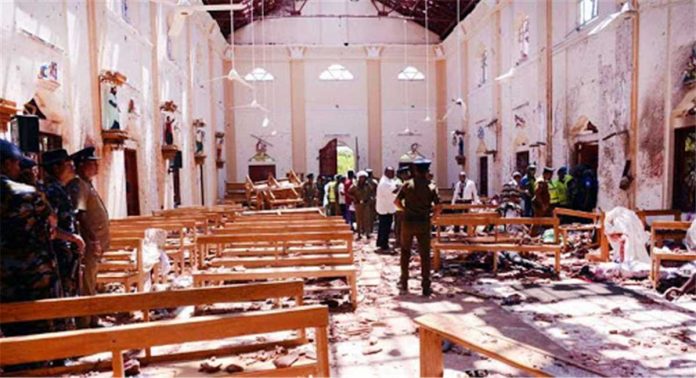 He made the remarks while testifying before the Presidential Commission of Inquiry (PCoI), set up to probe the attacks, on Friday, reports The Daily Mirror newspaper.

He said that he also telephoned all SDIGs in charge of the respective provinces.

The former IGP claimed that although he had given specific instructions about the possible terror attack to all the senior police officers, during investigation it was found that all his call records were deleted.

“Former President Sirisena’s brother was the head of the Sri Lanka Telecom and Mobitel during this period. The Commission should probe thoroughly to find what had happened to these call records,” Jayasundara said.

He also claimed that his phone conversations had been tapped by the SIS and also deployed officers near his residence to monitor him.

Jayasundara added that Abdul Latif Jameel Mohammed, who killed himself at the Dehiwala Tropical Inn Lodge, had met intelligence officers 45 minutes before the blast.

On April 21, 2019, three churches in Negombo, Batticaloa and Colombo and the hotels — Shangri-La, Cinnamon Grand, Kingsbury and Tropical Inn — in the capital city were targeted in the series of coordinated suicide bombings, which apart from the victims also injured more than 500 people.

However, the Islamic State terror group claimed the attacks.