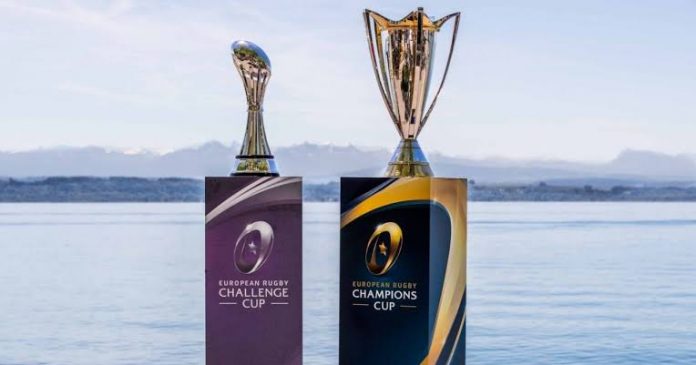 Formats for the 2020-21 editions of Europe’s Champions Cup and Challenge Cup have been overhauled because of the novel coronavirus with an expanded knockout stage, European Professional Club Rugby (EPCR) said on Wednesday.

According to the new formats, unanimously agreed upon by the EPCR board, the elite Champions Cup will be contested by 24 clubs – four more than in regular seasons – with eight top-ranked sides each from the Premiership, Pro14 and Top14.

A draw will be held to split the teams into two pools of 12 each, with four rounds of games held over eight weekends before the knockouts, which consist of home-and-away quarter-finals, semi-finals and the final in Marseille on May 22.

“With an expanded knockout stage and no repeats of domestic matches during the pool stage, this format creates brand new competitive opportunities for Europe’s elite clubs and their fans,” EPCR chairman Simon Halliday said in a statement.

While the top four teams from each pool will advance to the knockout stage of the elite competition, the bottom four will drop into the Challenge Cup and compete in the last 16.

The second-tier tournament will begin the 2020-21 season with six Top14, four Premiership and four Pro14 clubs in a single pool.

The title clash will take place in Marseille, a day before the Champions Cup final.

This year’s Champions Cup quarter-finals have been rescheduled for the weekend of Sept. 19-20 after the knockout stages were initially postponed.

The Challenge Cup will be play its quarter-finals from Sept. 18-20.

The EPCR is looking at alternate venues to ensure this year’s finals go ahead on the weekend of Oct. 16-18 after Marseille was ruled out.