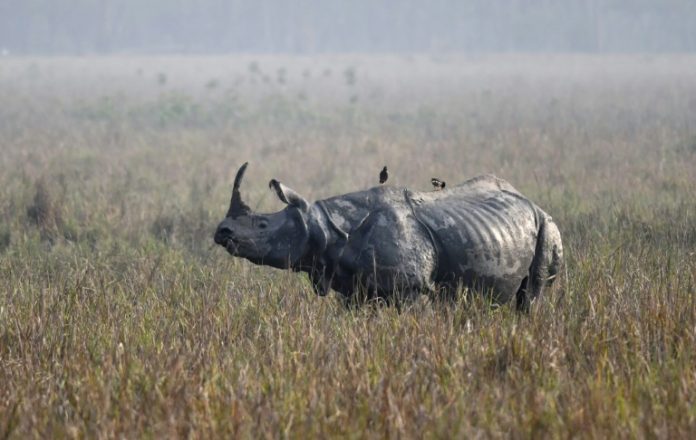 World Rhino Day is observed throughout the world on 22nd September which was started to generate awareness about the endangered animal, with all its 5 species – black, white, greater one-horned, Sumatran and Javan. World Rhino Day was first announced by WWF-South Africa in 2010. The following year, World Rhino Day grew into an international success, encompassing both African and Asian rhino species. In mid-2011, Lisa Jane Campbell of Chishakwe Ranch in Zimbabwe was already planning ahead for World Rhino Day. She searched online for ideas and potential collaborators, and found Rhishja’s blog. Lisa Jane sent Rhishja an email, and the two found they shared a common goal of making World Rhino Day a day of celebration for all five species of rhino. In the months that followed, they worked together to make World Rhino Day 2011 an international success, both online and offline. World Rhino Day has since grown to become a global phenomenon, uniting NGOs, zoos, cause-related organizations, businesses, and concerned individuals from nearly every corner of the world!

The myth of medicinal value and the menace of poaching has brought the species on the brink of extinction. At the root of the rhino crisis is the myth that rhino horn contains curative properties. By the beginning of the 20th century, hunting and habitat loss has reduced the species to just few hundred. The day aims to bring to light the horrors of poaching on a global scale.

Historically, Indian rhinos were found in the northern part of Indian subcontinent, in the floodplains of Indus, Ganges, Kosi, and Brahmaputra rivers. Greater one-horned, or Indian, rhinoceros once roamed from Pakistan to the Indo-Burmese border, and in parts of Nepal, Bangladesh and Bhutan. India is home to Greater one-horned rhinoceros, a symbol of the Indian subcontinent. As of now they are confined to only 10 Protected Areas in India and Nepal. The highest concentration of the Indian rhino is found in the Kaziranga National Park in Assam which has a population of approximately 2400 individuals as per the 2018 estimation.

Since 1999, the species is growing at an annual rate of around 3.5% in India and two new rhino species have been re-established during the last decade. Rhino breeding program under the Patna zoo is doing well and is a very successful model of ex-situ rhino conservation. During the last 15 years more than 10 calves have been born in the zoo which is a record in itself. A small second rhino population was also re-established in Dudhwa National Park, Uttar Pradesh through wild to wild translocations in 2018. Manas National Park, where the population was wiped out due to poaching, has 40 rhinos today through the Indian Rhino Vision 2020 program.