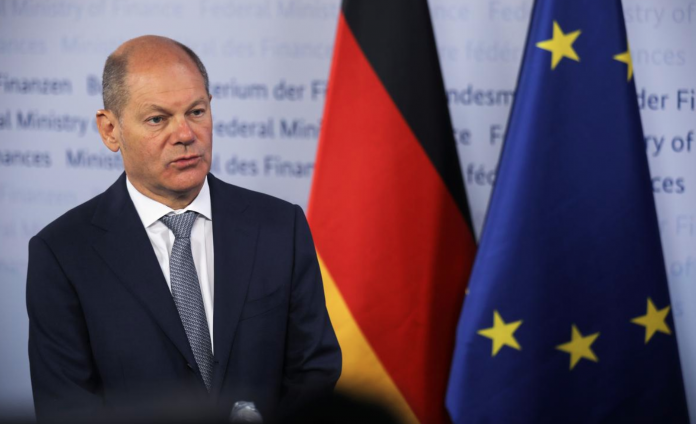 A disorderly Brexit would be a disaster for Britain and its citizens, German Finance Minister Olaf Scholz told us, adding that the latest signals from London “do not raise excessive hopes for an agreement”.

“One thing is clear: a disorderly Brexit would not be good for Europe, it would be a real disaster for Britain and its citizens,” Scholz said in an interview ahead of Brexit trade talks on Tuesday.

The European Union told Britain on Monday that there would be no trade deal if it tried to tinker with the Brexit divorce treaty, raising the prospect of a tumultuous end-of-year finale to the saga.

Britain said it would honour the deal and was simply offering clarification to avoid any future legal difficulties.

“Whoever negotiates should always have a good result as their goal,” Scholz said. “At any rate, that is the position of the European Union in this matter, which is why I am not even bothering with speculation as to whether or not an agreement will be reached in the end.”

“Of course, the latest signals from London do not raise excessive hopes for an agreement, but that can also be a strategy,” he added.

Without a deal, about $900 billion annual trade between Britain and the EU could be thrown into uncertainty, including rules on everything from car parts and medicines to fruit and data.