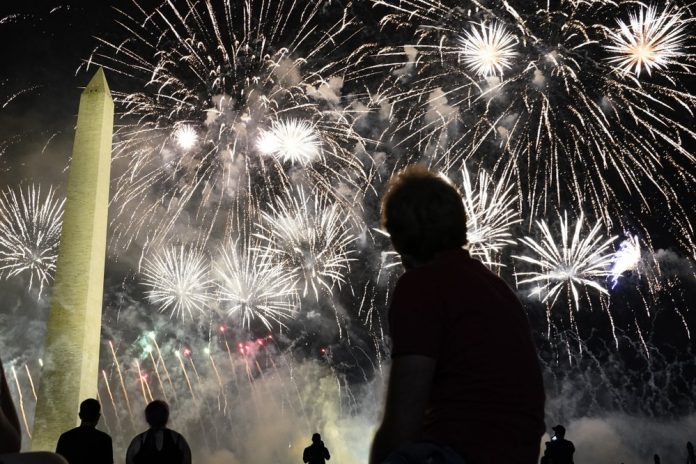 A task force commissioned by the Washington, D.C., government has recommended renaming, relocating or adding context to dozens of monuments, schools, parks and buildings because of their namesakes’ participation in slavery or racial oppression. Among the targets are the Washington Monument and Jefferson Memorial.

Some of the proposals in the report released Tuesday are definite non-starters, as many of the most prominent monuments and statues stand on federal land, outside D.C. government control. Still, the recommendations have already prompted fierce reactions amid an ongoing national debate over America’s racial history.

“As long as President Trump is in the White House, the mayor’s irresponsible recommendations will go absolutely nowhere, and as the mayor of our Nation’s capital city — a city that belongs to the American people — she ought to be ashamed for even suggesting them for consideration,” White House press secretary Kayleigh McEnany said in a statement Tuesday.

The task force, known as DCFACES (District of Columbia Facilities and Commemorative Expressions), was formed by Washington Mayor Muriel Bowser over the summer in the face of a nationwide wave of protests over police brutality and systemic racial inequities that included Washington as one of its epicenters. It released a 24-page executive summary Tuesday.

Some of the group’s recommendations were widely expected; for example, Woodrow Wilson High School has been a prime candidate for a name change for years due to Wilson’s open public support for segregation. Others are more controversial, such as proposals to rename schools named for Thomas Jefferson, Benjamin Franklin and “The Star-Spangled Banner” composer Francis Scott Key.

For the multiple statues and monuments on federal land, the committee advises Bowser to ask the federal government to “remove, relocate, or contextualize” landmarks such as the Washington Monument, Jefferson Memorial and the statue of Christopher Columbus outside Union Station.

The task force, in its summary, explained that it focused on “key disqualifying histories, including participation in slavery, systemic racism, mistreatment of, or actions that suppressed equality for, persons of color, women and LGBTQ communities and violation of the DC Human Rights Act.”

The report doesn’t go into detail about how “re-contextualizing” would work, but there have been recent recommendations that plaques be added to the monuments to Jefferson and Washington, explaining that their namesakes were longtime slave-owners.

Bowser, in a Tuesday tweet, said she looked forward to reviewing the recommendations from the task force, which she had tasked with “evaluating public spaces to ensure the namesake’s legacy is consistent with #DCValues.”

Bowser has very little power to control what happens on federal land. She and the D.C. Council fought for years to have a statue of former Confederate general Albert Pike removed; they were unsuccessful because the statue sits on federal land. In June, hundreds of protesters toppled the Pike statue while officers from the Metropolitan Police Department looked on and kept their distance.