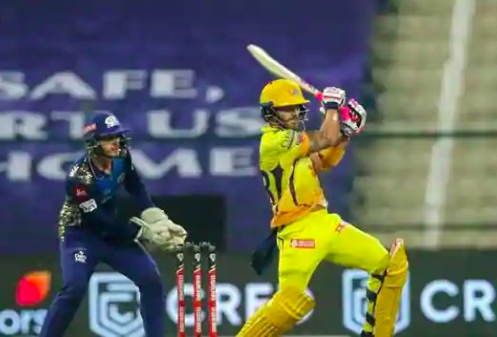 South African du Plessis (58 not out) and Rayudu (71) were involved in a 115-run partnership for the third wicket that ensured ‘Yellow Brigade’ registered an easy win over the Rohit Sharma-led side. Chennai bowlers Lungi Ngidi (3/38), Deepak Chahar (2/32), and Ravindra Jadeja’s 2/42) helped restrict the Mumbai Indians to 162 or nine wickets in 20 overs.

CSK overhauled the target with four balls to spare, finishing at 166 for five in 19.2 overs.

Chasing the 163-run target, Chennai were off to a poor start as both of their openers — Shane Watson (4) and Murali Vijay (1) were back in the dug-out in the first couple of overs. While James Pattinson (1/27) accounted for the wicket of Vijay, Watson was trapped before the wicket by Trent Boult (1/23). With just six runs on the scorecard, the Chennai team looked in deep trouble, but Rayudu and du Plessis steadied the ship.

Without much hiccup, the two helped their team touch the three-digit mark in 13.1 overs. With nothing seemed to going Mumbai’s way, Rahul Chahar gave his side some relief as he picked Rayudu in the 16th over. But it was too late as the CSK had already reached 121 runs. Incoming batsman Ravindra Jadeja fell cheaply, thanks to Krunal Pandya who trapped him leg before the wicket.

South African du Plessis, however, kept the scoreboard ticking and was joined by Sam Curran, who played a cameo of six-ball 18 before departing off a Jasprit Bumrah delivery in the 19th over. Du Plessis hammered Boult for two consecutive boundaries off the first two deliveries of the final over to help his side cross the line with ease.

Earlier, asked to bat first, Mumbai Indians were off to a decent start with openers Rohit Sharma (12) and Quinton de Kock (33) sharing a solid 46-run partnership for the first wicket. However, just when everything was going fine for Mumbai, leggie Piyush Chawla (1/21) drew the first blood for Chennai as he pegged back Rohit in the fifth over.

England’s Curran further jolted Mumbai as dismissed a well-settled de Kock, who tried to hit the ball straight down the throat of Shane Watson at midwicket. Saurabh Tiwary (42) and Surya Kumar Yadav (17) kept the scorers busy for the next five overs. The duo shared a 44-run partnership for the third wicket.

Chennai pacer Deepak Chahar, however, gave his side some respite as he accounted for the wicket of Yadav in the 11th over. Tiwary was then joined by Hardik Pandya (14) but the Jharkhand batsman, who was approaching his half-century, was sent back in the 15th over by Jadeja. He made things more difficult for Mumbai after picking Hardik too, in the same over. Lungi Ngidi (3/38) then joined the party and scalped three wickets in quick succession to leave the opponents reeling at 156/8 in 18.5 overs.

Mumbai tailenders could manage only six runs in the final over as the side posted a moderate 162/9 off 20 overs in front of empty stands as spectators are not allowed inside due to Covid-19 protocols in the UAE.