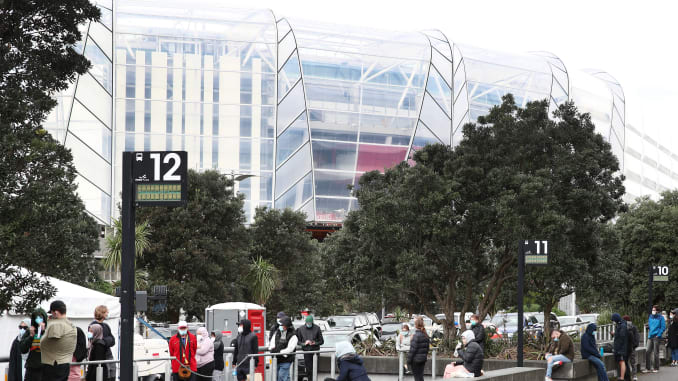 Large crowds of people rallied in Auckland on Saturday against the government’s social distancing restrictions imposed on the country’s largest city after an outbreak of the novel coronavirus last month.

Local television footage showed tightly packed crowds, with many people not wearing masks, with estimates of the attendance varying in reports between a thousand and a few thousand people.

“We are all here today because we believe we need to stand up for our rights,” the public Television New Zealand cited Jami-Lee Ross, the leader of the Advance New Zealand party, one of the organisers of the protest, as saying.

“We’re all here today because we believe it’s time to stand up and say, ‘We need to get our rights and freedoms back’.”

There were no immediate reports of arrests.

New Zealand, a nation of five million, had appeared to have succeeded in halting community transmission of COVID-19, but a fresh outbreak in Auckland in August prompted the government to place the city back in lockdown.

Prime Minister Jacinda Ardern, who is facing a general election on Oct. 17, scaled back the restrictions earlier this month, but the city is still under alert level 2.5, meaning social gatherings of more than 10 people are not allowed. Masks are mandatory on public transport across the country.

On Saturday, New Zealand reported two new cases of the novel coronavirus, bringing its total number of infections since the start of the year to 1,444. Twenty-four people have died.