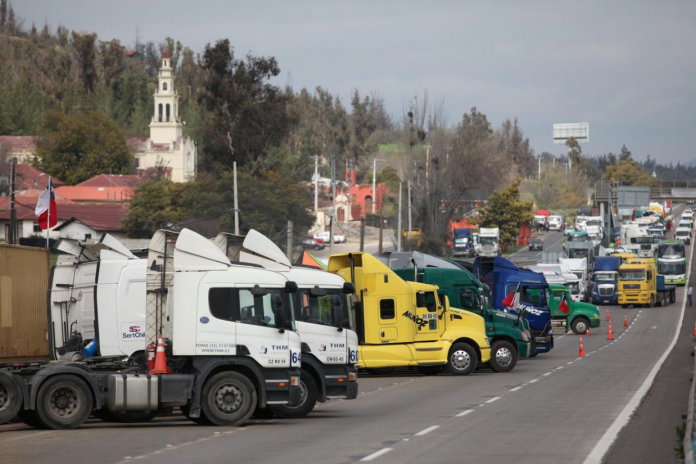 Chilean truckers said on Wednesday they would lift a seven-day strike that has damaged supply chains and raised fears for food and commodities exports, following a deal with government.

Jose Villagran, vice president of the National Confederation of the Chilean Cargo Transport (CNTC), said the strike would end at 3 p.m. local time.

Strikers pushed Congress to fast-track a dozen security bills after a spike in arson attacks on their vehicles which culminated in the shooting of a nine-year-old girl riding in her father’s cement truck.

Villagran said the government had pledged to beef up protection for arson attack victims in Chile’s restive Araucania province, with agreements on “police intelligence” and other, unspecified measures.

“We are going to be very attentive that what has been agreed is fulfilled because if it is not, we will return to the roads,” he said.

Chilean President Sebastian Pinera said his government had always sympathized with the truckers’ plight but blocking highways and interrupting supply chains was unacceptable.

“The government has committed to promoting a set of measures to improve road safety and the protection of transporters and to better support the victims of terrorism,” he said.

The deal follows a growing chorus of warnings from Chilean industry about the strike’s impact on businesses and consumers.

Salmon, fruit and forestry exporters warned of products not getting to market, petrol stations said they could run dry, and supermarkets and food manufacturers raised the specter of price increases and shortages as the country struggles to shake off COVID-19.

Southern Araucania region and its surrounding provinces have for decades been mired in a conflict between the indigenous Mapuche and Chilean state which they blame for failing to uphold their historical rights in the face of industrial development.