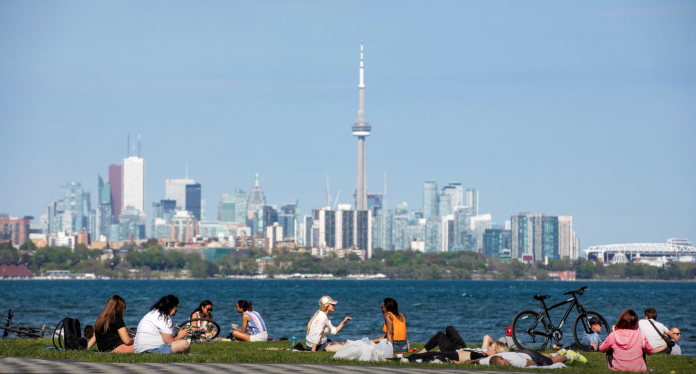 The Canadian province of Ontario is considering introducing some strict new limits on social gatherings in three hot spots in the midst of a spike in COVID-19 cases, a government source told us on Thursday.

New cases of COVID-19 have risen sharply over the last week in Ontario, breaking through the 300 mark on Monday. The province reported 293 new cases on Thursday.

The surge in cases, combined with school rules that require tests for most children or parents with mild symptoms, have driven tens of thousands to testing centers, where many have had to wait hours to be seen.

Ontario Premier Doug Ford’s spokeswoman Ivana Yelich said, “No decisions have been made.”

Erin O’Toole, the leader of Canada’s official opposition Conservatives, blamed the federal Liberal government of Prime Minister Justin Trudeau for the testing delays, saying it had refused to approve other methods for detecting COVID-19.

O’Toole waited in line with his family for hours on Wednesday for a test but they were turned away because the assessment center had reached its capacity, the party said. The family was tested on Thursday at a special facility for legislators.

Trudeau said on Wednesday that a C$19 billion aid package for Canada’s 10 provinces that was announced earlier this year would contain money for testing.

Ford said on Wednesday that he would be meeting with Cabinet ministers to discuss new measures, and that they would come with hefty fines.