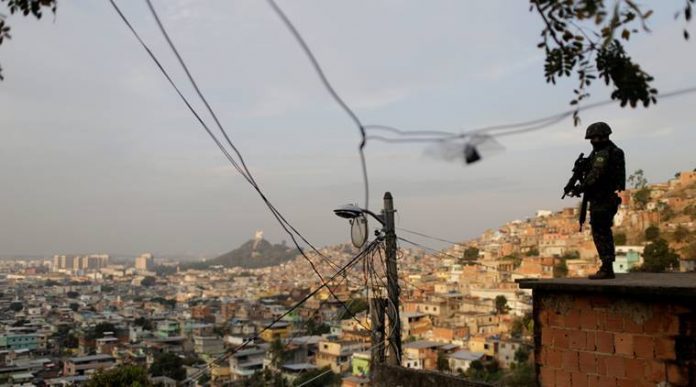 Brazilian authorities blocked assets worth 230 million reais ($43 million) as part of a probe into drug trafficking and money laundering in two countries, according to a statement from Brazil’s federal police on Friday.

Some 42 properties, two farm estates, 75 vehicles, boats and aircraft were being seized in Brazil, police said. In Paraguay, 10 properties valued about 150 million reais (21.98 million pounds) were being blocked as part of the investigation.

“Operation Status,” as the probe is being called, involves cooperation between Brazilian and Paraguayan police.

On Friday, police began serving arrest and search warrants in Brazil and Paraguay, the statement said.

The blocking of the assets and the arrest and search warrants were granted by a federal court in Campo Grande, capital of Mato Grosso do Sul state, the statement said.