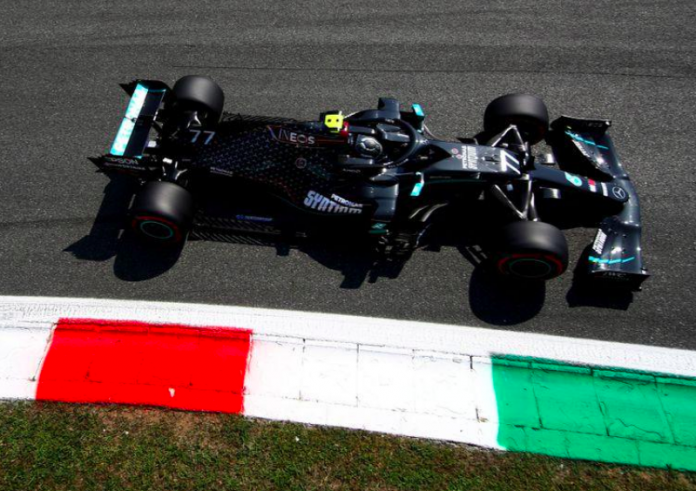 Valtteri Bottas kept Mercedes on top of the timesheets in final practice for the Italian Grand Prix on Saturday, with Renault-powered rivals suddenly showing a turn of speed ahead of qualifying.

The Australian brought out red flags when he pulled over and parked up by the side of the track with a suspected fuel pump failure.

The team expected the car to be ready for qualifying, the first since governing body FIA ordered a change to cars’ engine modes.

Bottas’s lap of one minute 20.089 seconds was the quickest of the weekend so far with the Finn, now 50 points adrift of team mate Lewis Hamilton after seven races, 0.229 quicker than Sainz.

The session ended alarmingly, and messily, with championship leader Hamilton swerving dramatically at speed onto the grass to avoid cars that had slowed at Parabolica.

The Briton had warned on Friday that qualifying could see a repeat of last year’s farcical scenes where drivers jostled for position to try and gain an advantage by slipstreaming others at the fastest track on the calendar.

Ferrari’s Charles Leclerc, last year’s winner from pole at the team’s home track, was only 11th fastest while team mate Sebastian Vettel was 15th as the sport’s most glamorous team continued to struggle.

Mercedes have started every race from pole so far and won six of them.