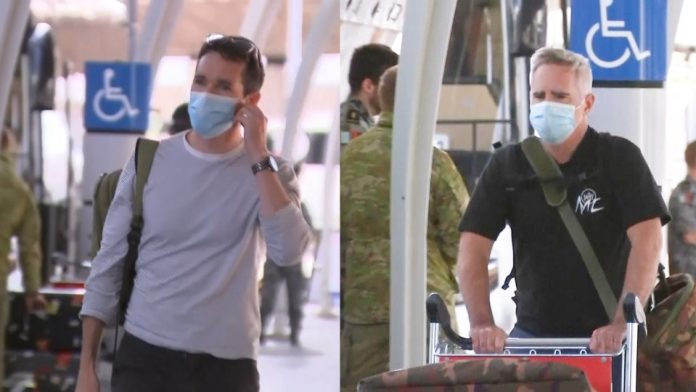 The last two reporters working in China for the Australian media were flown home after a five-day diplomatic standoff, according to media reports on Tuesday.

Chinese authorities questioned both men before their departure. The ABC said in a report that Birtles was “not asked about his reporting or conduct in China”.

It was reported that Chinese authorities had questioned the journalists about Cheng Lei, an Australian journalist for Chinese state broadcaster CGTN who has been detained since last month.

In their first comments on the detention, the Chinese Foreign Ministry said she was being held on “national security grounds”.

The case of Lei – made public last week – has been shrouded in secrecy.

The Melbourne-raised presenter is being held in a secret location for unknown reasons, according to Australian officials.

The Foreign Correspondents’ Club of China said on Monday a record 17 foreign journalists were expelled from the country in the first half of 2020.

Meanwhile, ties have deteriorated further this year between Australia and China after Canberra backed an inquiry into the origins of the coronavirus, the BBC report said.

Beijing has since imposed restrictions on Australian exports such as beef, barley and wine.

It has also warned Chinese tourists and students about racism in Australia.

In July, Australia warned its citizens they may face “arbitrary detention” in China – a travel warning that remains in place.

Canberra has also expressed concerns about human rights in Xinjiang and Hong Kong, and urged China to release detained Australians such as Yang Hengjun, a democracy activist who has been held for 19 months without trial.