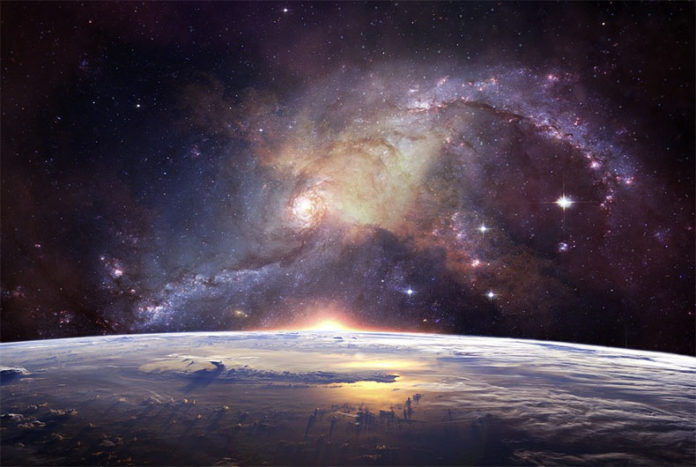 (IANS) In an astonishing discovery, astronomers have spotted a possible marker of life on Venus, a planet which has not been a significant part of the search for life because of its extreme temperatures, atmospheric composition and other factors.

The astronomers were surprised when they found the presence of a chemical called “phosphine” in the atmosphere of Venus, named after the Roman goddess of beauty.

Doing an analysis of the source of the chemical, the scientists ruled out non-biological sources, according to a paper published in the journal Nature Astronomy on Monday and another paper submitted to the journal Astrobiology.

“When we got the first hints of phosphine in Venus’s spectrum, it was a shock!”, said team leader Jane Greaves of Cardiff University in the UK, who first spotted signs of phosphine in observations from the James Clerk Maxwell Telescope (JCMT), operated by the East Asian Observatory, in Hawai’i.

Confirming their discovery required using 45 antennas of the Atacama Large Millimeter/submillimeter Array (ALMA) in Chile, a more sensitive telescope in which the European Southern Observatory (ESO) is a partner.

Both facilities observed Venus at a wavelength of about one millimetre, much longer than the human eye can see — only telescopes at high altitude can detect it effectively.

The international team, which includes researchers from the UK, US and Japan, estimates that phosphine exists in Venus’s clouds at a small concentration, only about twenty molecules in every billion.

Following their observations, they ran calculations to see whether these amounts could come from natural non-biological processes on the planet.

Some ideas included sunlight, minerals blown upwards from the surface, volcanoes, or lightning, but none of these could make anywhere near enough of it.

These non-biological sources were found to make at most one ten thousandth of the amount of phosphine that the telescopes saw.

To create the observed quantity of phosphine (which consists of hydrogen and phosphorus) on Venus, terrestrial organisms would only need to work at about 10 per cent of their maximum productivity, according to the team.

Earth bacteria are known to make phosphine: they take up phosphate from minerals or biological material, add hydrogen, and ultimately expel phosphine.

Any organisms on Venus will probably be very different to their Earth cousins, but they too could be the source of phosphine in the atmosphere.

While the discovery of phosphine in Venus’s clouds came as a surprise, the researchers are confident in their detection.

“In the end, we found that both observatories had seen the same thing — faint absorption at the right wavelength to be phosphine gas, where the molecules are backlit by the warmer clouds below,” added Greaves, who led the study published on Monday in Nature Astronomy.

The team believes their discovery is significant because they can rule out many alternative ways to make phosphine, but they acknowledge that confirming the presence of “life” needs a lot more work.

Although the high clouds of Venus have temperatures up to a pleasant 30 degrees Celsius, they are incredibly acidic — around 90 per cent sulphuric acid — posing major issues for any microbes trying to survive there.

“The non-biological production of phosphine on Venus is excluded by our current understanding of phosphine chemistry in rocky planets’ atmospheres,” said ESO astronomer and ALMA European Operations Manager Leonardo Testi, who did not participate in the new study.

“Confirming the existence of life on Venus’s atmosphere would be a major breakthrough for astrobiology; thus, it is essential to follow-up on this exciting result with theoretical and observational studies to exclude the possibility that phosphine on rocky planets may also have a chemical origin different than on Earth.”

Reacting to the publication of the paper, NASA on Monday said that it trusts “in the scientific peer review process and look forward to the robust discussion that will follow its publication.”

“A paper about chemistry on Venus was published today in Nature Astronomy. NASA was not involved in the research and cannot comment directly on the findings,” the US space agency said.