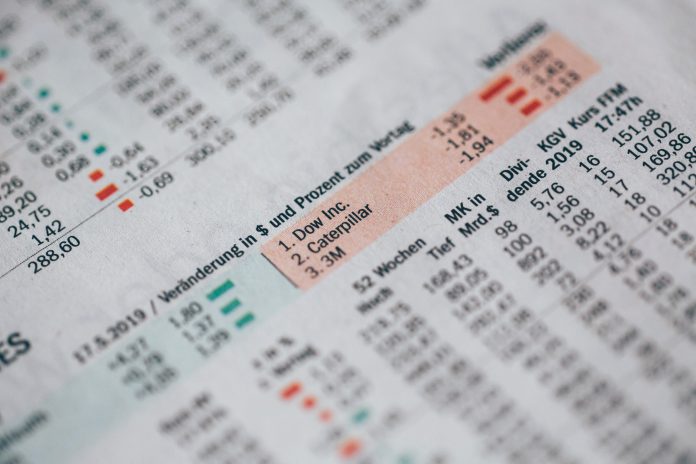 As Q3 2020 unfolds, investors and non-investors alike want to know what to expect from the economy.

Part Two: The Fed’s response to the downturn

The Federal Reserve’s website says its mission is to “provide the nation with a safer, more flexible, and more stable monetary and financial system.” HCR Wealth Advisors sees one of the Fed’s core responsibilities affecting investors most directly. That is its job of “maintaining the stability of the financial system and containing systemic risk that may arise in financial markets.”

In this role, the Fed’s response to the dramatic downturn in the economy was multi-faceted. And one of its first actions in March was to slash interest rates – down to zero.

Lowering interest rates discourages savings because all the money that had been socked away in savings and checking accounts produces less. It earns less interest. And at a zero-percent interest rate, there is no incentive whatsoever to save: that money isn’t earning anything.

To stimulate the economy, the Fed wanted to encourage savers and investors to do something more productive with that money – mainly, move it out of cash and into other investments. That is, move it into the economy. So, it created the motivation: it dropped interest rates to zero.

Dollar down, Gold up

Something else happens when the Fed slashes interest rates: it puts pressure on the dollar. Lower interest rates mean that a currency becomes less attractive, so the demand for that currency drops, too. A weakened dollar is often accompanied by more talk about gold, and HCR Wealth Advisors has heard that recently. So, why has the price of gold gone up? There are several theories, including distrust among the central banks or worries that the weaker dollar could mean a higher cost of goods – possibly leading to inflation down the road.

As an aside, the dollar and gold usually move in opposite directions – in fact, there is a pretty strong correlation. When the dollar goes down, gold rises. And vice versa. Looking at recent history, in March, when the dollar spiked up, gold moved lower, and since that spike, as the dollar has been trending down, gold has been trending up. Monitoring the movement of those two elements – and seeing how long the existing trends continue – can help investors understand what the economy will do.

Back to the Fed, HCR Wealth Advisors has also discussed the historic level of liquidity that the Fed has put into the markets. As the COVID-19 pandemic unfolded, the Fed’s actions were far quicker and far more significant than during the great financial crisis of 2009. This time, to use a phrase voiced by market watchers, the Fed has “brought out the bazooka.”

In the very first month, it enacted a vast array of programs. In comparison, in the 2009 financial crisis, it took 12 to 18 months before its array of programs were fully enacted and kicking in. The lag time was much longer.

This time, the Fed moved quickly to try to stem the damage. But, all the programs enacted by the Fed still only represented a bit more than half of the liquidity that was provided to the market. The other side of the equation came from the Treasury Department’s programs. They included the Paycheck Protection Program (PPP), increased unemployment benefits, and the stimulus checks. The combination of all the Fed’s programs and all of Treasury’s programs has created this historic liquidity for the markets.

“Juicing” the markets: Both stocks and bonds

To HCR Wealth Advisors and other market analysts, when the pandemic arrived, the bull market was looking like it might be on its last leg. Then it got the liquidity injection by the Treasury and the Fed. (This is called “juicing” the markets.) All that liquidity tends to find its way into financial markets and to boost them. And, this time, the liquidity boosted not just stocks, but bonds as well.

Since their lows in March, stocks have enjoyed a general uptrend. And, except for a brief hiccup, bonds have matched that uptrend. Charts for copper, nickel, silver, and some agricultural commodities show similar trends. In HCR Wealth Advisors’ experience, when there is excess liquidity being injected into the system, it tends to boost financial instruments.

So, where has this liquidity-fueled reality left stock valuations? The answer is “quite stretched and elevated.” HCR Wealth Advisors suggests to look at the forward P/E multiples for stocks. (The P/E multiple is the ratio between a stock’s price and its earnings.) You divide the stock’s price by its underlying earnings, and you get the P/E multiple, which is a pretty standard valuation metric used by investors.

Over the last 25 years, the median (where half the multiples were higher and half were lower) has been around 15.5. Current multiples are well above the median, which likely means that stocks have gotten ahead of themselves.

From this point, stock prices can pull back to bring down valuations and thus bring down the P/E multiples. Or they can go through a sideways consolidation period that would allow earnings to catch up, which would likewise bring down the multiples.

The experts at HCR Wealth Advisors have been witnessing overly bullish investor sentiment. This could be coming from the Fed providing all that liquidity to the market, or from the Treasury with all its stimulus plans. In either case, it has encouraged investors to become more complacent about stocks and to have less fear about their risks.

For decades, Citigroup has put out what it calls “the panic/euphoria index.” It is based on a proprietary model and shows investor sentiment as it moves back and forth through stages of panic and euphoria.

In March, the index dipped down into the panic region. Since then, it has been bouncing back, and, more recently, it has moved up into euphoria. In the last month, it has moved even further “up” into the euphoria levels than it had moved “down” into the panic levels last March. In short, in addition to stock valuations being “quite stretched and elevated,” investor sentiment seems pretty stretched as well.

In Part Three, HCR Wealth Advisors will explore the health of the U.S. market and what’s to come.

About HCR Wealth Advisors – HCR integrates its client’s investment, retirement plans, and financial targets into a single comprehensive strategy. It points out any financial risks resulting from expected or unexpected curveballs thrown by external players, such as the Fed.

investment advice. HCR Wealth Advisors is not affiliated with this site.