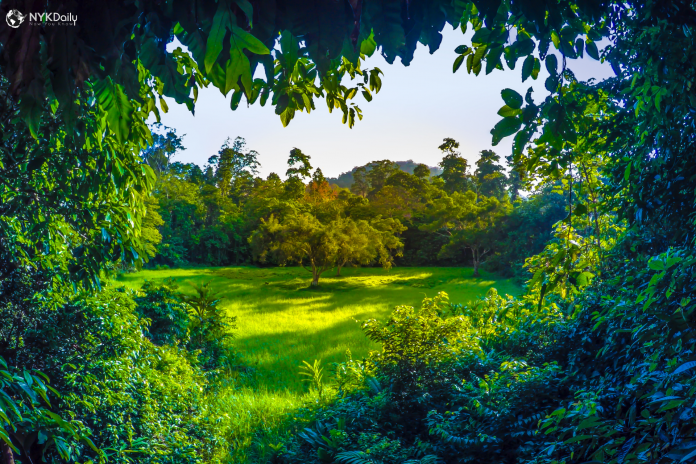 Malaysia’s oldest, largest, and the most famous national park sits on Pahang’s borders, Kelantan and Terengganu, in an enormous 4343 sq km area.

Today, let’s explore Taman Negara. Malaysia’s most incredible swath of continuous lowland dipterocarp rainforest. Since the mid-1930s, Taman Negara has been a haven for an extraordinary range of tropical flora and a wide diversity of mammals, including tigers, elephants, tapirs, leopards, and flying squirrels.

How to reach Taman Negara?

If you are traveling without a guide, take a train or a bus to Jerantut, and then hire a taxi from Jerantut to the jetty at Kuala Tembling. The riverboat leaves from the jetty at Kuala Tembling at 09:00 and 14:00 for Kuala Tahan. The 60 km journey takes around 2-3 hours. A taxi can be taken straight from Jerantut to Kuala Tahan, which will take 1 hour. Don’t forget to negotiate the rent before departure.

Things to do in Taman Negara:

What to eat and drink at Taman Negara?

There are floating restaurants at the riverside of Kuala Tahan, including top-notch cafes. These cafes serve local specialties such as toasted bread with kaya jam (a weird but tasty combination of coconut and eggs), fried rice, soups, and sandwiches. There are no bars in Kuala Tahan as it is a Muslim village.