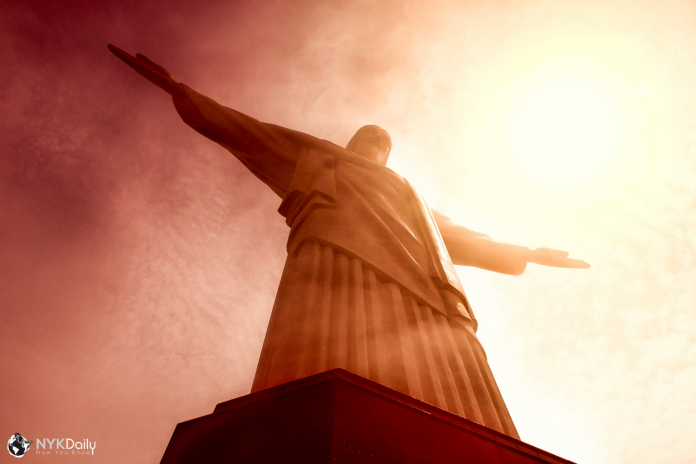 I know you’ve been planning where to go once this pandemic ends; no need to stress yourself.  Brazil offers you the best site to visit. Perhaps you’re thinking about beaches like the old times, but I’m telling you, this is different! Let’s get rid of beaches today and start admiring monuments and statues that are rich in history!

Have you heard about the Cristo Redentor statue? If you haven’t, then take time to read these unbelievable Christ the Redeemer facts that I will drop below! This monument can be seen at the top of Rio de Janeiro’s Corcovado Mountain. The reason why I can’t stop myself from sharing this breathtaking view with you is that it is considered one of Brazil’s gems.

If you’re not in favor of trekking and hiking tall mountains, you can still have the chance to see the statue with the help of the Corcovado Rack Railway. This railroad is 710 m; it commences in Cosme Velho and ends precisely at the peak of Corcovado Mountain.

Believe it or not, but someone went to the summit of Christ the Redeemer statue just to take a selfie of himself! This makes it the one of the wildest Christ the Redeemer facts out there. The man who’s not afraid of heights is a blogger of a UK-based travel company, Lee Thompson! Of course, he asked the authorities to grant his wish, so if you want the same thing, just ask them, Buddy!

It Has a Little Cathedral

The authorities decided to create a chapel at the statue’s base in 2006 for its 75th anniversary. This cathedral permits weddings now, so if you’re planning to have a private wedding, the Cristo Redentor must be included in your choices! The cathedral is exclusive for small gatherings; if you’re up for an intimate wedding, this place is suitable for you!

If you’ve seen this enormous monument personally, one question that will surely come to your mind is, what materials are used to build this statue? To stop you from wondering, most of the materials were from Brazil, except the hands and head parts of Chris the Redeemer. The materials intended for the head and hands were from France; they just delivered it to Rio de Janeiro solely for that purpose.

The statue was built with reinforced concrete, while the outer layer of it was made with 6 million tiles of soaprock. Many people believed that these tiles were filled with hidden messages because the workers who made the tiles inscribed something in it. Yes, these messages remained a top-secret up to this moment.

The Christ the Redeemer has Escalators And Lifts for Visitors

If you’re planning to bring your parents, but don’t want to exhaust their energy walking long staircases, you can use the lifts and escalators to reach the top and base of Cristo Redentor. They began building lifts and escalators in 2002 and allowed it to function the following year for their guests’ advantage.

You can have the best selfie during daylight, but there’s something beautiful when you take pictures at night. It’s good to visit the monument at night because of the 300 LED lights illuminating the statue. The Brazilians put green and yellow lights to support the Brazilian soccer team; these lights create a shining view of the city.

The Estimated Cost of Christ the Redeemer

The statue is undeniably big, so we can directly say that it also costs a lot of money. In the 1900s, the estimated amount spent in building Christ the Redeemer reached $250,000; this amount is equivalent to $4,000,000 today.

More or less 2 million people pay a visit to Christ the Redeemer every year, perhaps it’s because they want to behold how huge it is in person, maybe because they want to know its history, or possibly because it’s one of the New Seven Wonders of the World? We have no idea why they choose to visit Brazil’s grandeur; one thing is sure, it is worth it! The entrance fee is $25 each person, so cheap, but it offers the best view!

The Monument was Hit by Blistering Lightning

The statue was struck by blistering lightning, not just once, but twice already. A flash of vehement lightning hit the Christ the Redeemer monument’s fingers and head, but it remained strong due to the soapstone and reinforced concrete.

The Christ the Redeemer monument will not be part of the New Seven Wonders of the World if it’s not astounding enough. Get rid of your second thoughts now and behold the beauty of this place personally. This place will not just take your breath away; you’ll fall in love with it.

Medical Opinion on CBD: Is it Safe?