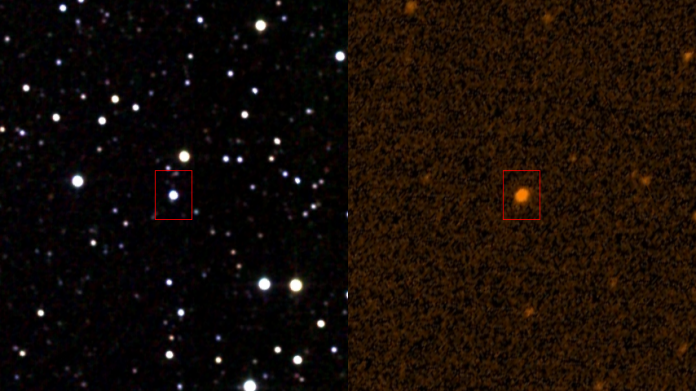 Puzzles are fun to solve, and some stars can lead confusing scientific agents on an entertaining chase to solve their endless mesmerizing mysteries. Such a perplexing star is KIC 8462852, commonly referred to as Tabby’s Star. This unusual stellar resident of our Milky Way Galaxy is an F-type main-sequence star located in the constellation Cygnus, roughly 1,280 light-years from Earth. Citizen astronomers discovered weird fluctuations in the light gushing out from Tabby’s Star as part of the Planet Hunter’s project. In other words, Tabby’s Star presents strange dips in brightness, and explorers can’t seem to figure out the reason.

Here’s are possible explanations to fluctuations:

What do you think? An alien megastructure? Comet Invasion? Triple-star system? A ringed planet? Or just small grains of dust? What could be the possible explanation for Tabby’s Star fluctuations?