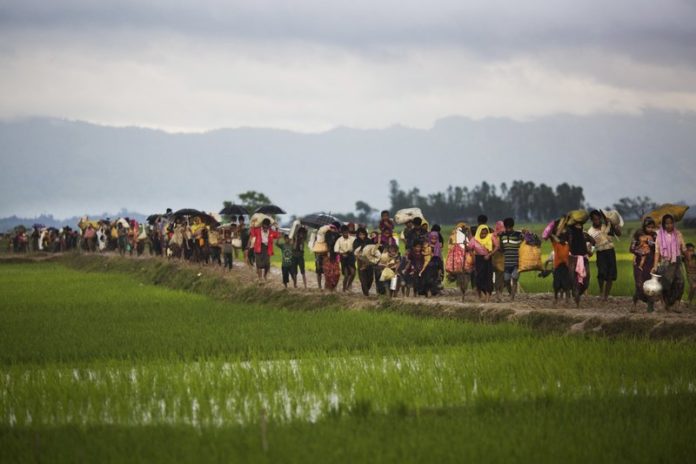 The BSF’s 8th Battalion troops deployed at Border Outpost Ramnagar apprehended the five Bangladeshis around 3 a.m. They had crossed the border illegally with the support of human traffickers in the border area of Nadia district of West Bengal.

Acting on reliable information received from the BSF intelligence branch regarding human trafficking on the India-Bangladesh border, a BSF patrolling party caught Abdul Latif, 35, Salma Seikh, 25, Reema Seikh, 26, Reena Seikh, 25, and Sadiya Seikh, 15, during a raid near fencing. The Bangadeshis told the BSF officials that they all were going to Bengaluru for different jobs like house maids and junk labour.

They shared names of three people — Milan Seikh, Karen and Madhur — who provided them employment in Bengaluru based on monthly payment of Rs 4,000 to 5,000 to each of them for labourers’ jobs. Every year, the BSF said, these people would visit Bangladesh once to meet their relatives with the help of touts but they were never apprehended.
“It is the first time that BSF nabbed them.”

All the Bangladeshis and seized items have been handed over to Hashkali police station in West Bengal for further legal action and to break the network of active human traffickers. “BSF is taking strong steps to stop the human trafficking on India-Bangladesh border due to which human traffickers are encountering difficulties to carry out their nefarious activities and many of them are being caught and booked for committing this crime,” the BSF added.

Established on December 1, 1965, the BSF is assigned to guard the 4,096-km India-Bangladesh border and the 3,323-km India-Pakistan border and check cross-border crimes.