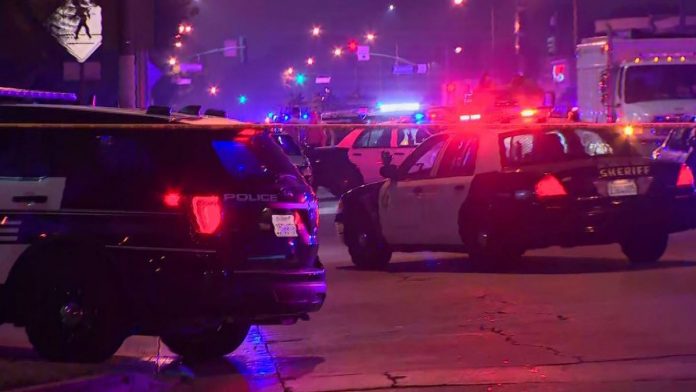 “One male deputy and one female deputy were ambushed as they sat in their patrol vehicle. Both sustained multiple gunshot wounds and are in critical condition,” Xinhua news agency quoted the Sheriff’s Department as saying in a tweet on Saturday night.

“They are both currently undergoing surgery. The suspect is still at large,” it added.

Both deputies were shot in Compton, a city situated south of downtown Los Angeles, and transported to a local hospital, according to the department.

“They are both still fighting for their lives, so please keep them in your thoughts and prayers,” said the Department.

One of the deputies is a 31-year-old mother of a six-year-old boy and the other is a 24-year-old man, said officials in a news briefing late Saturday night.

The suspect was described as a dark-skinned male, according to the officials.

A video clip of the shooting posted online by the Sheriff’s Department showed the suspect in dark clothing moving towards a sheriff’s vehicle parked by the roadside and opening fire without warning or provocation.

The shooter then ran away from the scene.

Law enforcement officials were searching for the suspect after the attack.

The Federal Bureau of Investigation Los Angeles said in a tweet that it has offered resources and stands ready to assist in response to reports of the attack.