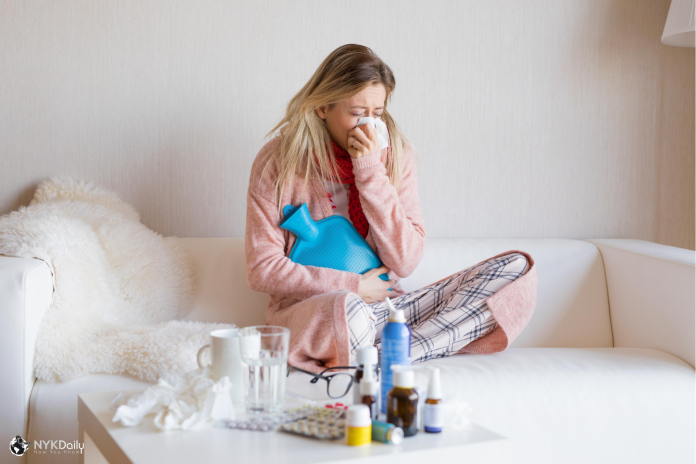 This is typically attributed to nasal congestion. In this condition, you may wake up with a blocked nose and be unable to breathe. This happens because the bacterias have decided to reside in your sinus.

Stuffy nose in the morning is caused by the build-up of mucus in the nasal tunnels. The sinuses are small air-filled spaces in the skull; they are at the back of the forehead, the nasal bones, the eyes and the cheeks that have a mucus membrane lining. Normal sinuses do not have any bacteria or other organisms. They are dry and open, allowing the drainage of mucus and passage of air.

Suppose the small hairs called cilia, which sinus holes use to support mucus movement out of the nasal passage areas, are broken. In that situation, this may lead to mucous stagnation, producing a stuffy nose in the morning, which is a breeding area for bacteria and may lead to a disease/infection. Yes, bacterias are having sex inside your nose.

Another reason may be an allergic response that happens when a person is sleeping. The failure for the body to sweat and allow passage of mucus causes swelling in the nasal sinuses leading to a stuffy nose, making it hard to breathe air into the body.

Changes in the climate can also lead to a stuffy nose, a headache, or cause post nasal drip. Sometimes a wet nose in the morning can be a sign of a sinus infection that has not yet completely developed. Sometimes, it may just be an allergic response to food or environmental factors that you’ve consumed. It is a hyperactive nasal state activated by the irritants. In the human body, it can also be due to changes in the hormones, mainly in pregnant women. It could be the outcome of your body not interested in a particular pill you are taking. There are many other reasons for this condition, and we will explore both the causes and solution below.

Your odds of getting a stuffy nose every morning can be lessened by following the five below suggestions.