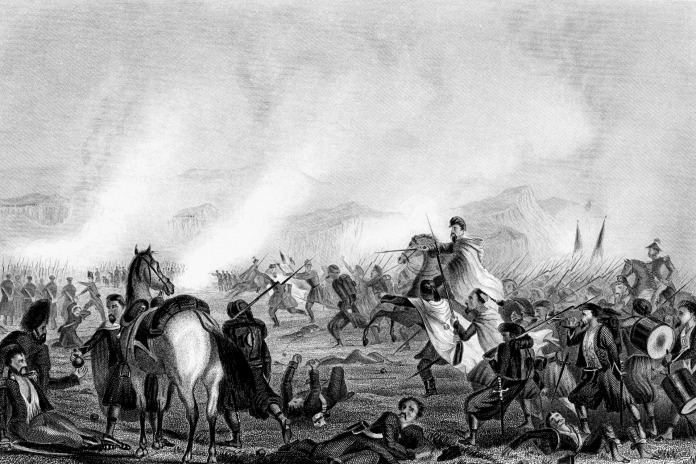 The Six-Day War was a short but decisive battle fought in June 1967 between Arab states of Syria, Jordon, and Egypt and Israel. Following decades of unfavorable diplomacy between Israel and its neighbors, Israel Forces propelled surprising airstrikes that paralyzed the air forces of Egypt and its allies. Israel then carried out a strong ground offensive, seizing the Gaza Strip and the Sinai Peninsula from Egypt, East Jerusalem and the West Bank from Jordan, and the Golan Heights from Syria.

The Six-Day War resulted from many decades of political pressure and military conflict between the Arab states and Israel.

In 1948, following controversies surrounding Israel’s founding, a faction of Arab nationalists had launched an invasion of the Jewish state as part of the 1st Arab-Israeli War. Arabs failed.

A second major battle known as the Suez Crisis exploded in 1956. Israel, France, and the United Kingdom launched an attack on Egypt in response to Egyptian President Gamal Abdel Nasser’s nationalization of the Suez Canal.

An era of comparative calm prevailed in the region during the late 1950s and early 1960s, but the political position continued to pause on a knife-edge. Arab leaders were hurt by their military losses and the thousands of Palestinian refugees produced by Israel’s victory in the war of 1948.

ORIGINS OF THE SIX-DAY WAR

A list of border conflicts was the main spark for the Six-Day War. By the mid-1960s, Syrian-backed Palestinian guerillas had begun carrying out attacks across the Israeli border, prompting retaliation raids from the IDF (Israeli Defense Forces)

In April 1967, the battles worsened after Syria and Israel fought a ferocious air engagement in which six Syrian fighter jets were gunned down.

After the April air battle, the Soviet Union presented Egypt with a wrong intelligence that Israel was transferring troops to its northern border with Syria in anticipation of a full-scale invasion. The message was inaccurate, but it nonetheless agitated Egyptian President Gamal Abdel Nasser into action.

In support of his Syrian partners, he directed Egyptian forces to push into the Sinai Peninsula, where they dismissed a United Nations peacekeeping force that had been patrolling the border with Israel for over a decade.

On June 5, 1967, the IDF launched Operation Focus, a well-organized aerial attack on Egypt. That morning, some 180 aircraft took off from Israel and descended west over the Mediterranean before meeting on Egypt from the north.

After catching the Egyptians by surprise, they attacked 18 different airfields and fired roughly 90 percent of the Egyptian air force as it sat on the ground. Israel extended the range of its attack and decimated the air forces of Syria, Iraq, and Jordon.

By the end of the day on June 5, Israeli aviators had won full control of the Middle East’s skies.

Israel all but ensured victory by establishing air superiority, but fierce fighting lasted for several more days. The ground war in Egypt began on June 5. In agreement with the airstrikes, Israeli infantry and tanks roared across the border and into the Gaza Strip and the Sinai Peninsula

A second front in the Six-Day War began on June 5, when Jordan – responding to false reports of an Egyptian victory – began attacking Israeli positions in Jerusalem. Israel responded with a crushing counterattack on the West Bank and East Jerusalem.

On June 7, Israeli troops seized the Old City of Jerusalem and celebrated by praying at the Western Wall.

The last period of the fighting took place along Israel’s northeastern border with Syria. On June 9, after an intensive aerial bombardment, Israeli infantry and ranks advanced on a heavily armed region of Syria called the Golan Heights. They triumphantly captured the Golan the next day.

On June 10, 1967, an UN-brokered ceasefire took effect, and the Six-Day War came to an uphill end. It was later concluded that some 20,000 Arabs and 800 Israelis had died in just six days of fighting.

The leaders of the Arab states were left shaken by the severity of their defeat. Egyptian President Nasser even resigned in shame, only to quickly return to office after Egyptian citizens showed their support with street demonstrations.