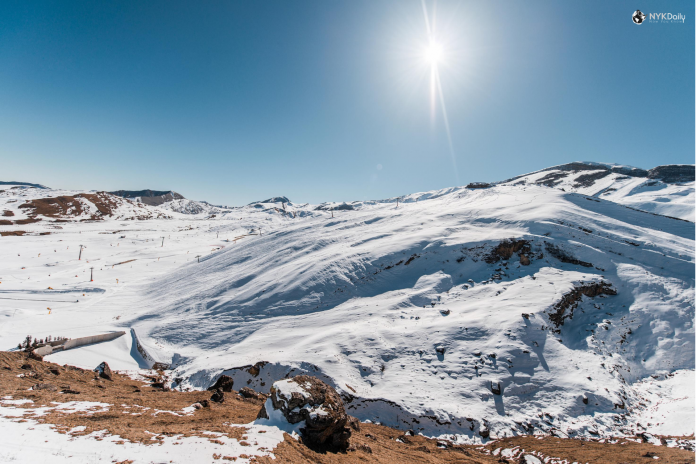 The original ‘East-meets-West’ destination, Azerbaijan oscillates between Arabian Nights exotica and space-age cityscapes, taking in some of the most remarkable landscapes in Caucasia en route.

Azerbaijan is a knot of contrasts and contradictions. Neither Asia nor Europe, it’s a nexus of old historical empires, but also a ‘new’ country which has experienced a significant transformation from the war-ravaged post-Soviet 1990s to an oil-enriched host of Europa League football and Formula 1.

How to reach Azerbaijan?

Some Historical Facts about Azerbaijan

Places to visit in Azerbaijan

Azerbaijan’s capital Baku is the architectural wonder with a mix of both Dubai and Paris. Few capitals in the world are changing as quickly, and nowhere else in the world do East and West blend as seamlessly as Azerbaijan. At its center, the Unesco-listed İçəri Şəhər (Old City) lies within a crenelated arc of a fortress wall. Around this are beautifully illuminated pedestrianized tree-lined streets and stone mansions filled with select boutiques. The second oil rush, which started around mid-early 2000s, has turned the city into a pot of architectural experimentation, and some of the most beautiful new buildings are jaw-dropping jewels. Meanwhile, romantic couples sneak their way around wooded parks and hold hands on the Caspian-front bulvar, where blues and green mock Baku’s desert-ringed location.

Places to visit in Baku

Heydar Aliyev Center: Heydar Aliyev Center is a grand narrative of juicy 21st-century architecture modeling abstract waves and peaks that seem to merge. The real joy is wandering and photographing the unusual exterior from ever-changing angles. The best part of the collection in the center is ‘Treasures of Azerbaijan,’ where you can take a stroll through the nation’s cultural past.

Maiden’s Tower: This conical 29m stone tower is a breathing history with panoramic views covering the Old City and Baku Bay. Possibly millennia old, its construction date is the subject of much debate, though much of the present arrangement seems to be the 12th century.

Palace of the Shirvanshahs: This imposing jam of sandstone domes and walls was the seat of northeastern Azerbaijan’s ruling dynasty during the Middle Ages. Mostly 15th century, it restored in 2003 with artifacts adding interest plus one or two exciting audiovisual shocks.

Nakhchivan is one of the most captivating destinations you’ve probably never read about. It houses the ‘Machu Picchu of Eurasia’ (Alinja Castle), Noah’s tomb, a salt mine you can sleep in (Duzdağ), and a neat, clean yet ancient capital (Naxçivan City) where all of the myriad museums are free.

Places to visit in Nakhchivan

Alinja Castle: For those ready to scale around 1500 steps up a cliff crag, one of Naxçivan’s famed highlights is the majestic view from the scattered medieval ruins of Alinja Castle, nicknamed ‘Azerbaijan’s Machu Picchu.’ Other than a mosque-like gallery at the base, there are no intact buildings and no shade. Bring an umbrella and lots of drinking water. In winter snow, climbing is not recommended, but in the summer heat, the climb is exhausting – perfect time is early morning in late March or probably October.

Möminə Xatun: Flawlessly proportioned, Naxçivan’s architectural symbol is the brick tower dating from 1186 CE. It’s adorned with geometric patterns and Kufic script (a stylized form of Arabic) picked out in blue-green glaze. Outside views are more appealing than going inside, and the encompassing park is a full open-air museum of well-known stone rams and grave labels.

Important Tip before you travel:

You should dress appropriately, particularly in the rural areas, and develop a certain coolness of manner. Both (all?) genders should shun wearing shorts as this will draw uninvited attention.