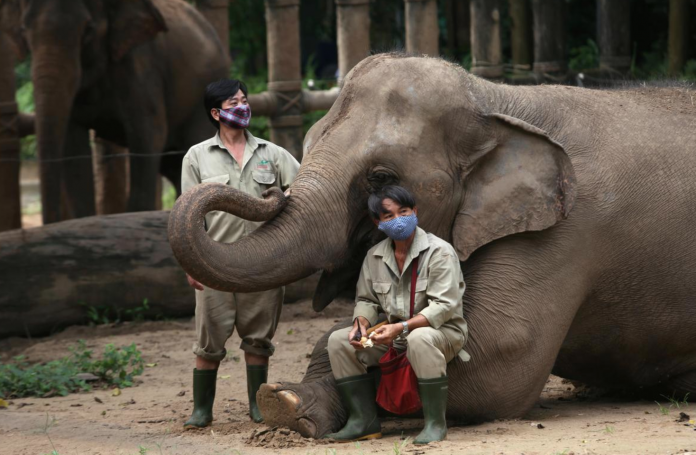 As visitor numbers slump during the pandemic, Vietnam’s oldest zoo has scrambled to survive, such as holding fundraising drives, cutting pay and growing fruit and vegetables to feed the animals.

The more than 150-year-old zoo in Vietnam’s commercial hub of Ho Chi Minh City saw visitor numbers dwindle by March as the coronavirus outbreak unfolded. Then lockdowns shut it completely in April and May.

“Since we don’t know when the pandemic will finally end, we are trying to diversify our revenue streams,” said Pham Van Tan, head of the Saigon Zoo and Botanical Gardens, noting how ticket sales normally make up most of the $5 million annual revenue.

To help pay the bills, the zoo is now doing things such as growing flowers to sell to the public, designing gardens for homeowners and selling fertiliser to farmers, said Pham. Staff have also taken 30% salary cuts.

“We still ensure food supplies for the animals, but we try to provide them with seasonal food which is cost-effective,” said Pham, noting the zoo was growing nearly half of its food supplies on the city’s outskirts.

A recent fund-raising drive also raised more than $100,000 in just two days, while 25 tonnes of food have been donated for animals at the zoo, which has had to suspend plans to exchange animals for breeding internationally.

Zoo veterinarian Nguyen Baa Ph said some of the animals have been emboldened by having fewer people peering at them.

Visitor numbers have been slowing creeping back up to around 1,400 per day, but well below the 12,000 per day before the pandemic.

“Now it’s a good time to visit, since there are not many people,” said Nguyen Thin Quay, a production manager, who was at the zoo with his son and wife.