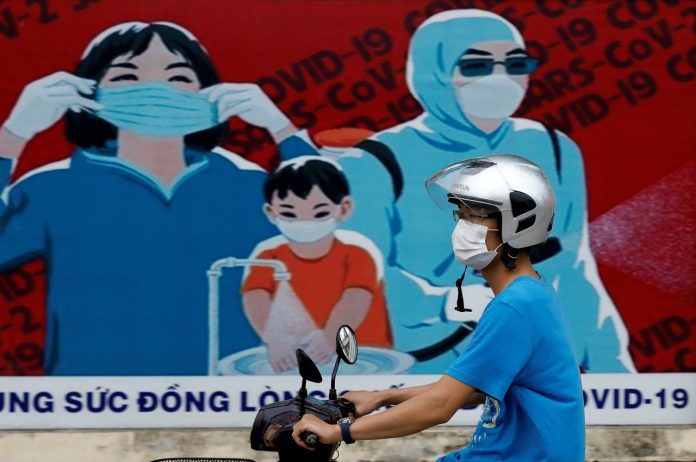 Vietnamese authorities said on Sunday they were finding it hard to track the origin of a fresh coronavirus outbreak that began in the central city of Danang and has infected around 200 people in recent weeks.

“In Danang, there are many sources of the virus, and there are still many infections out there in the community,” a government statement said of the city, a popular tourist hotspot with a population of 1.1 million.

The country reported 34 infections on Sunday, bringing the total number of coronavirus cases to 620. The death toll rose by two to five, the Health Ministry said in a statement. Health Minister Nguyen Thanh Long said the strain of the virus detected in the new outbreak is a more contagious one.

He said with the new strain, each infected person may infect about 5-6 people compared to 1.8-2.2 people in the previous period.

Authorities have taken a series of “unprecedented measures” to fight the outbreak in Danang, including the mobilization of several hundred military school students to help with contact tracing and collecting test samples, the government said in its statement.