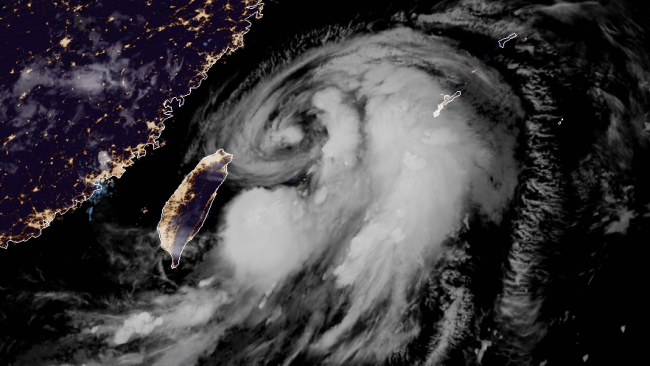 The typhoon, the eighth of the year, strengthened from a tropical storm early Monday morning and was observed at waters 680 km south of South Korea’s Jeju island, with a maximum wind force of 118.8 km per hour at the centre, Xinhua news agency reported.

The NMC expects the typhoon to head northeastward at a speed of 10 km per hour as it strengthens, and will move close to east China’s Shandong Peninsula later this week.

From Monday morning to Tuesday morning, gales are forecast to lash some coastal areas of provinces and regions including Taiwan, the Diaoyu Islands and Zhejiang.

The centre has advised people and vessels in disaster-prone areas to take shelter from winds.

China has a four-tier colour-coded weather warning system, with red representing the most severe weather, followed by orange, yellow and blue.