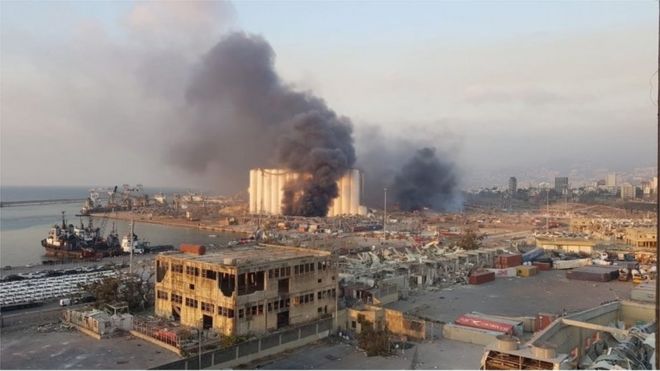 “The United States stands ready to assist Lebanon,” Trump said at a White House briefing of Tuesday’s explosion, which killed at least 78 people and injured thousands. “It looks like a terrible attack.”

When asked later about his depiction of the explosion, Trump said that he had met with some U.S. generals who feel the blast was not “some kind of a manufacturing explosion type of event.” He told reporters that according to these unnamed generals “they seem to think it was an attack. It was a bomb of some kind.”

Lebanon’s President Michel Aoun said that 2,750 tonnes of ammonium nitrate had been stored for six years at the port without safety measures and said it was “unacceptable”.

Prime Minister Hassan Diab said in a televised address to the nation there would be accountability for the deadly blast at the “dangerous warehouse”.