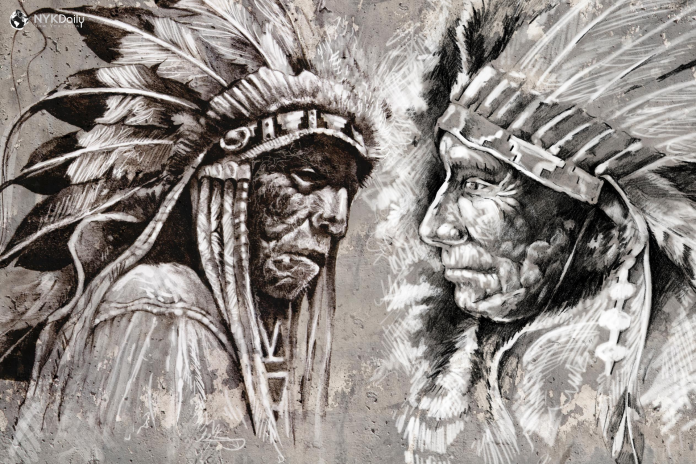 The Niantic was a class of Algonquian-speaking American Indians who belonged to the area of Rhode Island and Connecticut during the pre-colonial period. They were distributed into Western and Eastern groups due to interventions by the more diverse and influential Pequots. The Western Niantics were controlled by the Pequots and lived east of the Connecticut River’s mouth, while the Eastern Niantics developed a very close alliance with the Narragansetts.

The Niantics conversed in Algonquian Y-dialect comparable to their neighbors the Mohegans, Pequot, and Narragansetts in New England and the Montauks on Long Island. The tribe’s title “Nehantic” (Nehântick) means “of long-necked waters” – area inhabitants believe that this refers to the “long neck” or peninsula of land known as Black Point, situated in the village of Niantic, Connecticut. The Nehântics spent their summers fishing and digging the shellfish, which were plentiful and accessible in the area. They lived on beans, squash and corn, supplemented by fishing, hunting and collecting roots, fruits, and nuts.

Friction grew between the Niantics and their colonial bystanders. The English colonists directed military disciplinary campaigns against them, resulting in extensive destruction. The destruction became more widespread on both sides of the battle and worsened into the Pequot War in 1637. John Stone and about seven of his crew were murdered in 1634 by the Niantics, Western tributary clients of the Pequots, leading to the war. The primary reason for the war was the English agreed to take control of the fur trade.

The Pequot War was a destructive armed conflict between 1636 and 1638 in New England between the Pequot tribe and an alliance of the Massachusetts Bay, Plymouth, and British colonies and their collaborators from the Mohegan and Narragansett tribes.

Decline of Niantics due to British Colonialism

This conflict ended in the almost complete annihilation of the Western Niantics by the colonists. The approximately 100 surviving members of the Niantics were absorbed in the Mohegans. Some Mohegans members can trace their lineage back to Nehânticks, particularly in the vicinity of Lyme, Connecticut. Some of the Niantics left west and joined the Brotherton Indians in western New England. Following King Philip’s War (1675–76), remaining Narragansetts retreated to the Eastern Niantics in such high numbers that the tribe became known as the Narragansetts.

By 1870, the Nehantics were pronounced extinct by the state of Connecticut, which sold their 300-acre (1.2 km2) place on the Black Point peninsula of East Lyme. In 1886, the state sold its burial ground, which was profaned. The Crescent Beach community was formed on top of this area. Nehantic skeletal remains have been reported during excavation for new development projects over the years, as recently as 1988.

In 1998, about 35 Connecticut families maintaining Nehantic descent incorporated as the Nehantic Tribe and Nation non-profit association. They instituted a three-person governing board, studied their history more fully, and began the petition process to ask for recognition from the federal government as an Indian tribe.