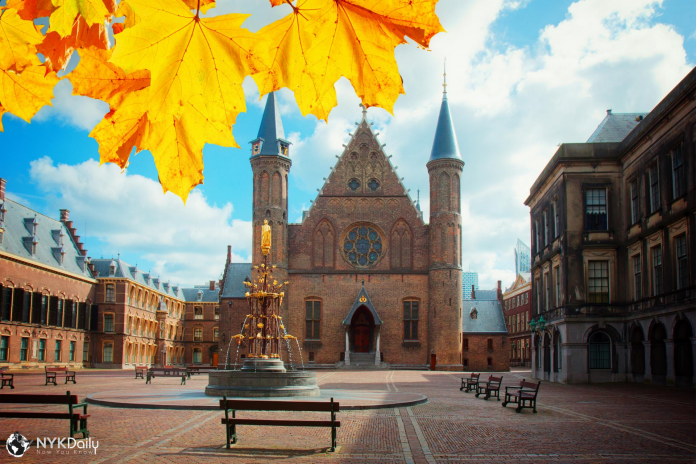 The capital of the South Holland region and the seat of the Dutch parliament, Hague is a federal powerhouse. It’s also the heart and soul of global harmony and law and is home to the well-known Peace Palace houses – the Permanent Court of Arbitration and the International Court of Justice. There are more than a hundred other global institutions based in the city.

But the Hague presents so much more than just legal sites. With its miles of coastline, walkable avenues, green space stretches, and extravagant architecture, the city is a throbbing address well worth a detour.

How to Reach The Hague?

With its North Sea wind and Gothic architecture, the Hague is situated on the Netherlands’ western coast.

Here are places to visit in this fascinating city.

The Statenkwartier area, situated between the dunes and the center, has green avenues and 19th-century residence and is famous with The Hague’s large expatriate community. The region is beautiful for walking tours of the 19th-century villas, revealing architectural diversity in The Hague. All kinds of neo and modern styles are described here, particularly Art Nouveau architecture. Excellent shops, restaurants, and delicatessens are found on Statenkwartier’s primary street, Frederik Hendriklaan, or ‘Fred.’ The area also has several tourist attractions that make it worth a visit, most of them being clustered around the Gemeentemuseum on Stadhouderslaan.

What to see in Statenkwartier

The center of the city holds most historic buildingS from the renaissance, medieval and Baroque periods and is accessible on foot. You’ll also find lots of shopping AND outdoor cafes near the Plein on the Lange Poten. Here are places to visit in and around the City Center.

Things to do in The Hague

We saw the different places you can visit in this wonderland, but let’s explore the exciting part- things to do here.

Biking: Biking has been a way of life for The Hague population, and people from all walks of life do it for economic, health, or recreational reasons. Ride on two wheels and discover places you’ll never see on four wheels. Better yet, join the Hague bicycle tour and experience the Netherlands the way you never thought.

Shopping: The best shopping places are located along Grote Marktstraat and Spuistraat, where you will find most of the prominent department stores, selling everything from fashion to jewelry.

Dutch-Indonesian Blend: Like Indian restaurants overflowing in the UK, the Netherlands has a distinguished tradition in Indonesian and colonial Dutch-Indies cuisine. After Indonesia became sovereign in 1945, the country received many former colonials from Dutch and mixed descent who had been forced to leave the newly independent nation. The Hague received a comparatively large number of these people and is still a center of the Dutch-Indonesian community. Try Haagse Kakker, a big sweet bread filled with raisins and nuts. Plus, tonnes of Funky gourmet hamburger restaurants are omnipresent, and you should give it a try as well.

Heineken is everywhere. This never seems to be an issue for the Dutch people who ship some 1,300 million litres of beer annually and allow 16-year-olds to drink beer. Whether you drink it as a treat or want an excuse to crawl to your hotel’s door, the Hague holiday is not a Dutch escape without those Heinekens.