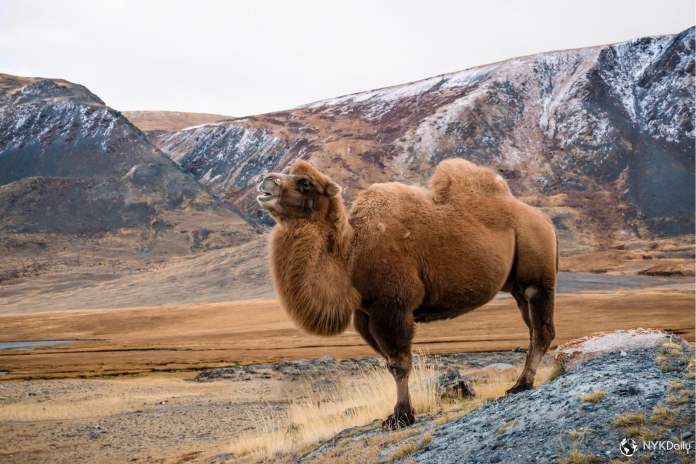 Rugged Mongolia is an experience in itself where you can experience wandering nomadic culture and enormous, unscathed landscapes.

Mongolia survived in a Soviet bubble for most of the last century. Now a generation after the fall of communism, Mongolia has evolved as a young republic with an encouraging economy based on agriculture, mining, and tourism. Some tax is being funneled back into promoting tourist facilities, including a new international airport near Ulaanbaatar. Visas are comparatively easy to get; select nationalities won’t even need one.

Things to know before visiting Mongolia

Mongolians know about the unparalleled beauty of their nation. Ask locals, and they will presumably start babbling about the spectacular countryside, rugged mountains, endless steppes, clear lakes, and abundant livestock and wildlife. Some areas are so isolated you could drive twenty-four hours and see almost no humans. It’s this real wilderness experience that many people find so attractive. Protected areas cover nearly a fifth of the country, and the state is looking to double that figure.

Mongolia’s nomadic culture is popular – visitors can relax in a herder’s ger (traditional felt yurt), ride horses, and assist in rounding up the sheep. The legacy of Gengis Khaan and growing nationalist pride sharpens the adventure. A culture of enormous hospitality makes locals more accessible. It’s delightful to meet people willing to open their doors to strangers in a world assailed by gates and locks. However, when traveling in Mongolia, keep in mind that guests are known to answer any forms of generosity, so when visiting localities, always have a handy supply of gifts for the children.

Once half nomadic, Mongolia is growing rapidly as its residents flock to Ulaanbaatar and other big towns for study and work opportunities. In particular, the capital is changing at a dizzying pace, and many Mongolians have bought wholeheartedly into capitalism, the global economy, and consumerism. Whether they are urban or rural, Mongolians take pride in their nation’s democratic civic participation foundations. Mongolia is eager to be part of the global community, sending its troops on peacekeeping missions worldwide and advertising itself as a country to host Asian peace talks; touring now puts you amid these exciting transformations.

Places to visit in Mongolia

Amarbayasgalant Khiid: Amarbayasgalant Khiid was constructed in 1737 by the Manchu ruler Yongzheng, and devoted to the great Mongolian Buddhist and artist Zanabazar, whose mummified corpse was moved here in 1779. The design reflects Manchu style, down to the symmetrical layout, inscriptions, roof guards, and magnificent color scheme on every rooftop corner. From the washed-out wooden planks thickly covered in bird droppings, and lavish greenery blocking some entrances, to the scurrying marmots and cawing jackdaws that seem to rule the place exterior of the complex beams a lost-in-time sense of charm. The main temple’s interior is far more persuasive; gigantic flags painted in reveling colors descend from the high, breezy ceiling, while likewise vibrant pillars climb up to it. The richly illuminated main temple, Tsogchin Dugan, has a disturbingly graphic, lifesized sculpture of Rinpoche Gurdava, a lama from Inner Mongolia who lived in Tibet and Nepal before returning to Mongolia in 1992 and raising much of the funds for the temple’s restoration. Clicking photos in the temple is allowed, but it isn’t polite to turn your back to the gods.

Ikh Nartiin Chuluu Nature Reserve: This 670-sq-km nature reserve, only a 4-hour ride from Ulaanbaatar, at an altitude of over 2000 meters, houses hundreds of mountain goats (ibexes), big-horn sheep (argali), black vultures, gazelles, wolves, and other animals. Ten nomadic herder families live in the park, which is covered with dramatic glacial rock formations, their winter corrals built into red rocks. There are three natural springs in the park. The one near Khalzan Uul (Bald Mountain) is considered a local fitness remedy. Burgasan Amny Rashaan is another mineral spring a few miles south of Khalzan Uul. Rains form pools in the valley, which migrating birds love, just as the Silk Road trains once did to rest up and drink water before making the drive further north.

Tsagaan Suvarga: A 400m-long spectacle of white-sand hills, striped pastel shades of orange, purple, and red. That’s the fuss awaiting you at Tsagaan Suvarga, a sight similar to Bayanzag, but with much more intensity and a sliver of the tourism trail.

Flaming Cliffs( Bayanzag): Flaming Cliffs are a Gobi highlight and an extensive paleontology site first unearthed by Roy Chapman Andrews in 1922. Look out for dinosaur fossils here. It is a typical desert made of red sands, rock, scrub, sun, and incredible emptiness. The cliffs look to be formed by numerous rifts in the earth, like a sheet cake torn open, offset by the unbelievably green valley below.

Yolyn Am Gorge: A comfortable couple of kilometers long path leads from the parking area to this abyss filled with blue ice, one of the park’s Can’t-miss spectacles. You can bike, hike, or ride a horse here. Along the way, you’ll see lots of long-haired yaks and ibex. You’ll have to descend your mountain bike or horse or near where merchants gather to sell handiworks to walk far enough for the remarkable glacier’s photo ops.