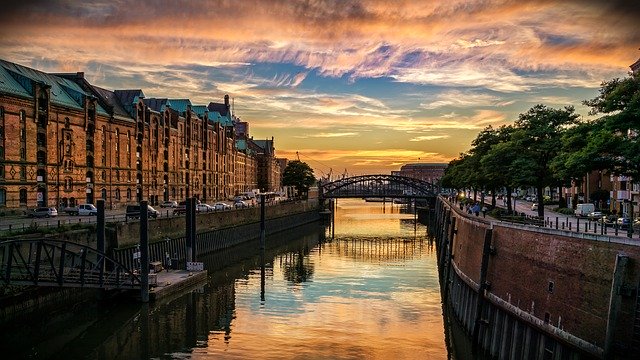 Hamburg, a major port city in northern Germany, is connected to the North Sea by the Elbe River. Hundreds of canals cross it, and also includes large areas of parkland. Near its center, Inner Alster lake is dotted with boats and enclosed by cafes. The city’s central Jungfernstieg boulevard joins the Neustadt (new town) with the Altstadt (old town), home to ruins like 18th-century St. Michael’s Church.

Here is our travel guide to Hamburg.

So, you have chosen to explore Hamburg. Superb! Hamburg is the second-largest city in Germany and has been capturing the attention of many tourists worldwide. And as per the poll conducted, Hamburg is a famous tourist destination for both international and domestic visitors. Known as the “Gateway to the World,” Hamburg prides itself for being one of Europe’s largest ports. In this town, the trade has been taking place since the ancient era, and it has made Hamburg what it is today, a vibrant and diverse city with lots of things to do and places to see which every eager tourist doesn’t want to miss.

Places to visit in Hamburg