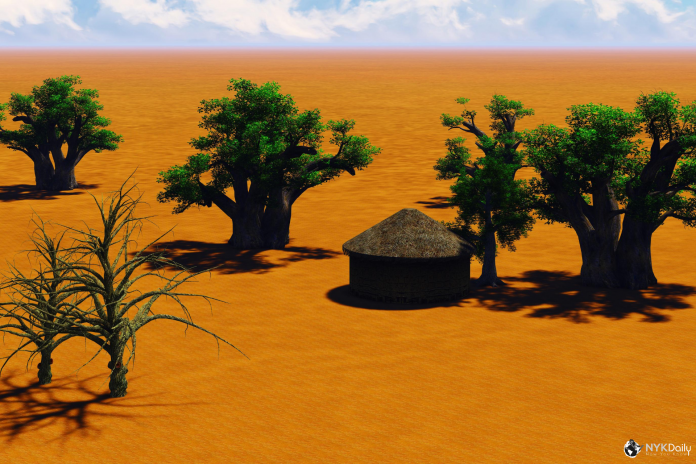 Senegal is often called ‘The Country of Teranga.’ Teranga means welcome in Wolof’s local tongue, and you will indeed find Senegal to be one of the most welcoming spots in West Africa.

Resting on the tip of a peninsula, Dakar, the capital, is a vibrant, street-hustler-rich entrance to the country: class meets chaos, snarling traffic, dynamic markets, and unstoppable nightlife, while nearby Île de Gorée and the beaches of Yoff and N’Gor tap to slow, laidback beats.

How to reach Senegal?

Here are places to visit in Senegal.

1. Île de N’Gor: If you want to move away from the city’s chaos, head to tranquil Île de N’Gor, a small island just off Dakar’s north shore. It has serene beaches on the bayside and some fabulous surf on the northern coast. Most travelers come for the day, unwind on the beaches, walk the village’s sandy lanes, and have lunch in one of the beachside shacks, but there are numerous guesthouses here.

2. Parc National du Delta du Saloum: This lush national park is encompassed with water, and covered in salt marshes, with mangroves, islands, and woodland all part of the vast delta’s backdrop. Birds are plentiful in this park, sheltering species like the goliath heron, dwarf flamingo, and dimorph egret. There are over 30+ mammal species, spotted hyenas, including warthogs, and red colobus monkeys. Delta du Saloum National Park is located 127km from Senegal’s capital Dakar.

3. Alliance Franco-Sénégalaise: This is Ziguinchor’s most striking building, a giant case à impluvium (a large, round traditional house) adorned with unrealistic patterns. Inside are concerts, exhibitions, a magnificent, and a welcoming bar and restaurant.

4. African Renaissance Monument: Taller than Statue of Liberty, the African Renaissance Monument was revealed in 2010 to celebrate Senegal’s 50 years of liberation from France. You can stroll around the base for free; the entry fee is for the monument’s interior. A display explains its construction, and an elevator flutters you up to the top of the male figure, possessing gorgeous views of Dakar.

5. Parc National de Niokolo-Koba: Niokolo-Koba is Senegal’s largest national park. Forest is officially open between December to April. It’s open at other times but is mostly impassable during the rainy season. The best option for wildlife watching is a river tour, where you’ll most certainly spot crocs and hippos, combined with a voyage to Simenti, the heart of the park. The waterhole nearby is a mystical viewing spot. You get your forest guide at the entrance gate. If he talks a lot, you can politely tell him to shut up.

What to eat in Senegal?

Heavily impacted by North African, French and local traditions, Senegalese cuisine is a delightful amalgamation of flavors. It offers a delicious and diverse menu that will thrill your taste buds. Here are a few dishes to try in Senegal.

Thiéboudienne: Also known as fish with rice, Senegal’s national food comes in all forms and dimensions with techniques and recipes varying in different restaurants. It is a piece of grilled or fried fish with fluffy, aromatic rice and a flavor-rich tomato sauce. It is supplemented by a different phalanx of steamed vegetables such as sweet potatoes, manioc, carrots, aubergine and tamarind called dahkar.

Dibi: The heartstopping scent of smoked meat fills the air as a lamb is roasted and seasoned on huge, wood-fired grills, before being chopped into pieces and served in bite-sized chunks on grease-stained paper. Delicious? That’s Dibi for you.

Thiof: From oysters, prawns and tun to urchins, monkfish and sea bream – coastal Senegal is a seafood lover’s heaven. However, Senegal’s national fish, thiof, is the undisputed king. This gigantic, meaty fish is best served with spices and vegetables (in restaurants) or grilled (on the beach).