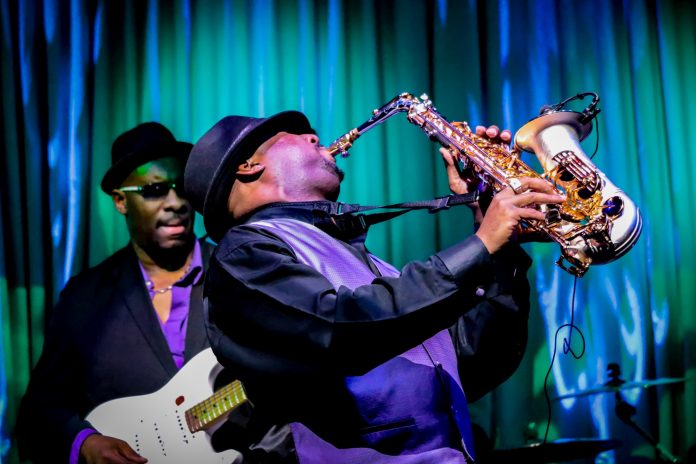 When you think of jazz music, do you picture flapper girls, the Roaring 20s, overflowing glasses of champagne, and brass instruments played live on stage? While these factors may be the symbols of the creation of jazz, they barely scratch the surface of what this genre of music has offered in the past century.

As the country came out of the Great Depression, jazz began in African American communities across the country, pulling from the traditional rhythm and feel of “blues” music and adding in European style harmony and instruments.

How has jazz music changed over the past century, and why do we still love it today? To find out, read on for ten surprising jazz facts you may have never before considered!

What is Jazz Music?

Jazz has been recognized as a major form of expressive music for many years. It has spread worldwide and is regularly changed and morphed through different regional and local music cultures. Today, there are over 20 different types of jazz music genres!

Jazz dancing has also changed a lot over the years and is still a popular form. In its early days, jazz dancing was popular with the flappers and couples who would dance all through the night. These days, people still master the centuries-old dance styles and even compete wearing sparkling costumes and specialized shoes (check out these adorable jazz shoes for girls).

What is it about jazz music that has allowed it to survive for so long? These surprising facts about jazz will help you understand the fascination behind this style and the reasons behind its longevity.

1. Jazz Music Received a Lot of Push Back at the Start

While many people loved the sounds and rhythms of jazz music, it’s popularity came around the same time as other controversial topics like alcohol, racism, and other social issues. Many classical trained musicians also voiced their dislike of the style since many of the top musicians were untrained and learned how to play based on experimentation and learning skills through practice. Because of this blend of issues, many jazz musicians have to overcome those who came against them before they broke out in popularity.

2. There Are Historically Different Ways to Spell “Jazz”

The term “jazz” is a slang word that was spelled in many different ways depending on the region. Some historians have thought that the phrase pulled from baseball as a way to refer to someone passionate or possibly a sexual connotation. The conventional spelling, jazz, is believed to wrap up the beautiful, energetic sounds of this music style.

Some of the other spellings of “Jazz” are:

3. A Musicologist Once Tried to Classify Jazz by Race

Because of the rampant racism from the early to mid 19th century, one musicologist tried to establish different jazz styles by race. It was even taken as far as proposing three different types of music depending on the race of the musicians and the race of the audience.

The musicologist thought that the different sounds for each of these combinations would be vastly different. Still, as jazz music evolved and clubs began desegregating across the country, this theory went away.

If you’ve ever seen jazz music performed live, you may have noticed that the musicians can improvise to create incredible music. You may not notice the subtle signals used to let each musician know what is coming next!

If a musician is playing a solo, they may gesture to the rest of the band with a subtle head nod that they are finished, or even theatrically point to the next musician whose turn it is to start. Similar signals can tell the group that it’s time to get back to the original melody. The signals used will vary from group to group, but whatever they decide to use is agreed upon and rehearsed ahead of the performance.

5. The Term “Hipster” Comes from the Jazz Era

These days, the term hipster generally refers to bearded, flannel-wearing, coffee lovers; but back in the day, the term meant something very different! Jazz musicians used to refer to themselves as “hepsters” or “hep cats,” meaning they were cool and knowledgeable about what was popular at the time. The term “hep” came from the 1930s, now spelled “hip.”

6. No One Knows Where the Name “Jazz” Came From

It’s believed that the word “jazz” derives from the 1800s slang word “jasm,” which means energy, excitement, and vitality. While the exact history of the term and the music classification has changed and grown over the years, the word “jazz” is now commonly known and loved worldwide!

7. Jazz is the Original Pop

Many people today think of jazz music as a classy, elite genre of music. But in reality, the unique blend of sounds and styles were common, popular styles of music for a time. Popular, as is pop music! In the 1920s, it was the primary form of music played across the country by young people from all walks of life.

8. Improvisation Involves Turning Off Part of the Brain

According to a study, when jazz musicians improvise, they turn off the sections of their brains linked to censoring, inhibition, and introspection. They also turn on the parts of their brain that allows self-expression and language.

9. Jazz is a Hybrid Form of Music

Since this music style is open to improvisation, each musician brings their preferences and background into their performance. When it first gained popularity, it was influenced by big band, swing, Latin music, Dixieland, and more. These days, contemporary styles and lifestyles still affect the music creating an ever-morphing sound and genre.

10. Jazz Music is Proven to Boost Creativity and Reduce Anxiety

Jazz is stimulating as your brain mimics the pulsating and improvisational tunes. It activates specific brain waves linked to creativity and can help you gain insight into unresolved problems. It’s also linked to reducing anxiety, restoring brain function, and could even help you prevent infection.

Why Jazz Music is Still Relevant

After looking at these jazz facts, it’s probably no surprise that jazz music is again on the rise. There is no end in sight for how this music style can continue growing and changing with each new generation. There are always new groups of people that will love and appreciate this genre and help it morph into something new.

For more insightful articles and tips, check out our news website.