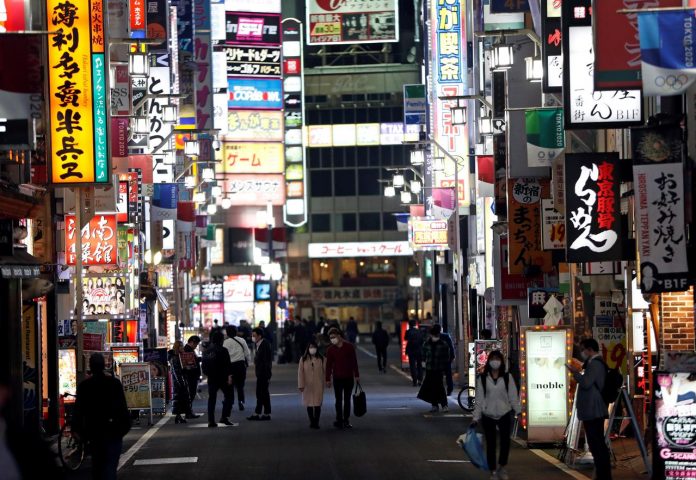 The latest figure comes after 292 cases were reported the previous day.

Of the 258 new cases, the metropolitan government said 120 were aged in their 20s and 30s, accounting for around 66 per cent of the total.

Despite the recent decline in daily infections, Tokyo has remained the epicentre of the pandemic in Japan with cases in July alone totalling to 6,466, the highest figure for any month.

The metropolitan government has kept its alert level at the highest on its four-tier scale meaning that “infections are spreading”.

From Monday, it has requested bars, restaurants and karaoke parlours to close earlier.

The metropolitan government will provide each establishment abiding by the request and virus prevention measures with a subsidy of 200,000 yen ($1,900), although Tokyo Gov. Yuriko Koike has urged residents of the capital city to avoid eating out and going to night-time entertainment spots.

She said that a Tokyo-specific state of emergency declaration would be issued if the aggressive increase in COVID-19 cases does not improve.

The Osaka prefectural government has also voiced concern about rising cases in the western prefecture and will take similar preventative measures with bars, clubs and restaurants serving alcohol, particularly in the Minami entertainment district, with some possibly being asked to close.

Japan’s cumulative total of COVID-19 cases topped 39,000 as of Sunday, including 712 from the Diamond Princess cruise ship that was quarantined in Yokohama in February.

The resurgence of the virus followed the central government fully lifting a state of emergency in late May.