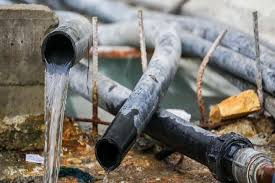 About 2,000 people in northeastern Brazil were living away from their homes Saturday after a pipe in a water diversion project ruptured, damaging a dam and flooding the project’s power plant, authorities said.

Rogério Marinho, minister of regional development, told The Associated Press that the people were told to leave home as a precaution late Friday afternoon after the concrete conduit broke open in the city of Jati, in Ceara state.

He said water shooting from the ruptured conduit damaged about 40 meters (130 feet) of a 140-meter (460-foot) wall of the dam holding the reservoir fed by the pipeline. Workers needed about 4 1/2 hours to contain the spill, he said.

“The situation of the dam is absolutely fine and we have already started work to restore the structure’s wall,” Marinho said by telephone from the accident site.

He said the evacuated residents should be able to return home within 72 hours.

The dam is part of an enormous project to divert water from the Sao Francisco, the most important river in northeastern Brazil, to supply arid regions in three states.