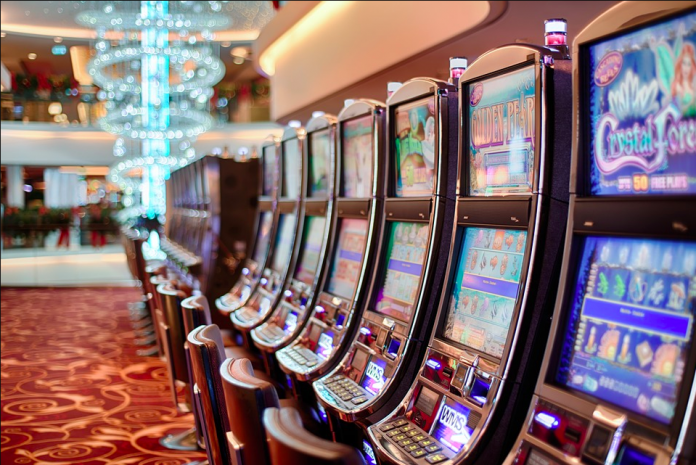 The Reason Why Aussies and Kiwis call Slot Machines – Pokies

Aussies and Kiwis just love their slot machines or pokies as they affectionately call them. They love them so much that they have even convinced authorities to allow pokies in as many venues as possible.

In the USA, for example, you only find slot machines in casinos. In Australia and New Zealand, however, they are all around you. There are pokies in pubs, clubs, bars, casinos and wherever people managed to convince authorities to allow a gaming floor to exist.

And you cannot really blame them. Whether it is 3-reel, 5-reel, or progressive jackpot slots, pokies are very fun to play. More often than not the pokies section is the most popular part of any club or casino. And this is not limited to land based establishments.

If we are honest, we must admit that online pokies are much more popular than their offline variants these days. They come in all shapes and sizes, have high RTP ratios, and can even be played in 3D.

Online slot games also have lots of features that you cannot normally find at their land based counterparts. These include massive jackpots, multiple active paylines, enticing bonus rounds, and tons of other lucrative options. Here’s a New Zealand online pokies site where you can learn more on this and also get a complete rundown of the best slot games down under.

Why the name Pokies though?

Pokies are fun and rewarding and there’s no arguing that. However, why are they called pokies and not slot machines? After all, they are the same. In fact, let’s say you have two identical slot machines and you put one in an Australian pub and the other in a Las Vegas casino. You will see that Americans will call theirs a slot machine while Aussies will call it a pokie.

The reason why pokies are pokies and not slots is quite simple actually. It starts with Aussies and Kiwis making words shorter whenever possible. They say cuppa for a cup of tea and Straya instead of Australia. No wonder they did the same with pokies.

The word pokies is actually a shortened version of the name poker machines. The two-word name was probably too long for people back in the day and they just went with the more affectionate variant pokies.

However, if you haven’t noticed by now, there is a problem with this definition. Pokies are not poker machines, are they? They are slots.

There is a theory that says that back in the early 20th century the first machines that arrived in Australia and New Zealand were the poker ones. This means that people played exclusively on them for quite some time. These were the only gaming machines they knew and it stayed like that for some time.

As we already discussed, people down under love to shorten names so they called these machines pokies. When other types of slot machines arrived, they looked very similar to the pokies that Aussies and Kiwis played on.

For them it was a case of: If it looks like a duck, swims like a duck, and quacks like a duck, then it probably is a duck. And so the new slot machines got the same name as the poker machines. And the name stuck.

It’s all down to placement

Another theory says that when slots first came to Australia and New Zealand, they were placed close to the poker machines. This arrangement made people think that they were the same machines and both types of machines got to be called pokies.

Alternatively, maybe people simply didn’t bother to give different names to machines that were so similar to each other. Kiwis and Aussies have always been known for their relaxed and casual attitude to life, so fixing this name thing didn’t really make much sense to them.

And once the name stuck, Kiwis and Aussies didn’t even want to hear about changing it. It suddenly became part of their respective national gambling identities.

Different names for slot machines around the world

It’s not just Aussies and Kiwis that have an affectionate name for slot machines. People in England call slots “fruit machines” and in Scotland they are “puggys”.

Americans, on the other hand, went with something more inventive and started calling their slots “one-armed bandits”, a name that also became popular around the world.

Regardless of how you call them, pokies are a great way to pass the time, especially when we are all forced to spend more time at home. With binge watching options getting slimmer and slimmer, pokies remain as one of only a few fun alternatives to pass the time.