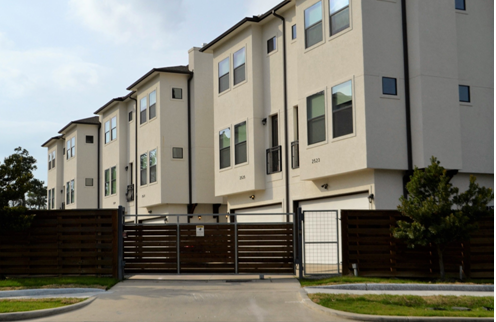 Lush landscaping, immaculate streets, and beautiful houses tucked away behind an iron gate. For more than 10 percent of the population in the United States, gated communities like this are ‘home.’

The popularity of private communities has been on the rise globally since WWII. But where did they come from and what is that makes them so popular?

Read on to learn how gated communities have endured the test of time, and why you may want to buy in.

Opinions differ on the nature of private communities.

Some say they are refugees from that which would attack the family. Nothing more than modern versions of moated castles and fortresses of old.

An attempt at creating the ‘good life’ and ‘good society,’ across socioeconomic brackets.

Others argue they are something more sinister. Exclusionary, elitist and anti-social housing that divides otherwise connected communities.

Setha Low, an anthropologist, spent eight years interviewing people who live in these communities . Her findings were interesting.

The most common desires for those residents? Safety for their children, living among people with shared values, and economic security.

Gated Communities, a Link to an Ancient Past?

Private communities have been a feature of civilizations across the globe throughout history.

Ancient Chinese compounds often housed several generations. The compound walls created a visual for the familial or social ties within.

Across Peru former Incan compounds, that mirror the Chinese designs, can be found. Historians think these compounds were built by the residents themselves.

As each community grew it developed better ways to house and protect its citizens. Keeping them safe within while keeping undesirable elements out.

Some scholars suggest that these private communities were part of strategic urban planning. State policy to control and manage the population. As the times changed, the nature of the housing complexes changed too.

Today’s private communities have come a long way from the modest walled compounds of the past.

They made a comeback as ‘retirement communities’ in the 1980s. Taking root in more touristy places, like Florida.

Now you can find variations on private communities in most places around the world.
Many of these communities have world-class amenities. Things like private polo courts, olympic size pools, golf courses and spas, private playgrounds and more.

Has this article got you thinking about moving to one these hot spots?
Home-owners associations in these communities ensure properties always look their best. This means property values in gated communities tend to remain steady, and often grow over time.

Choosing a place to live is no small task. Gated communities have stood the test of time and are a sound investment for anyone looking for a place to call their own.