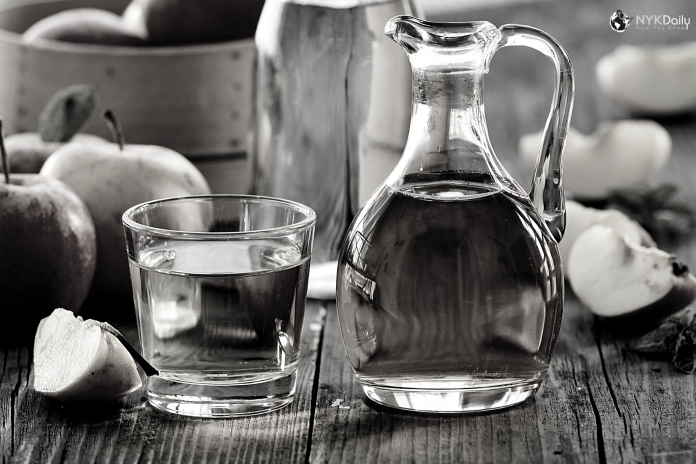 Vinegar is a solution of acetic acid with water and trace chemicals that may include extracts. Vinegar contains 5–8% acetic acid by volume.

Vinegar is as old as mankind itself: traces of it have been found in Egyptian from around 3000 BCE., and Babylonian scrolls recording the use of vinegar date even earlier, to about 5000 BCE. Known as “common man’s wine” (posca) in early times, Roman legionnaires often carried vinegar; the Bible records that Roman soldiers gave vinegar to Christ at the Crucifixion.

Let’s look at the history of vinegar in detail.

While vinegar making may be as ancient as alcoholic brewing, the first documented proof of vinegar making and use was by the early Babylonians around 5000 BCE. They initially made vinegar from figs, dates, and beer and used it for medicinal and culinary purposes.

Traces of vinegar also have been observed in Egyptian urns. In East Asia, the Chinese started channelizing vinegar production in the Zhou Dynasty. The book Zhou Li suggests that many royal households or nobles had a “vinegar maker” as a specific position. Most vinegar making then was centered in what is now Shanxi area near the city Taiyuan which prevails a famous vinegar making province today. Many Chinese kinds of vinegar and their uses for medicinal and culinary purposes were recorded down in the agricultural manual Qimin Yaoshu.

The Romans and Greeks often used bottles of vinegar prepared from wine. The Spartans had vinegar as a part of their ancestral broth melas zomos. Roman Columella described the process and ingredients for making several types of vinegars in his work Res Rustica.

During the Mid ages, much labor was done by scholars such as Geber, who first separated acetic acid by distilling vinegar. Vinegar making was also slowly channelized in Europe with the French city of Orléans becoming especially famous for the quality of its vinegar through the ageing and fermentation method, which became known as the Orléans process. During this era, malt vinegar also began to evolve in England, where it was first identified as alegar. Balsamic vinegar also began its evolution in the Duchy of Modena in Italy. However, it would not become internationally known until the Napoleonic Wars after being marketed abroad by French troops.

In the 19th century, vinegar experienced many climactic changes, such as rapid industrialization and scientific study. Karl Sebastian Schüzenbach invented the first large-scale manufacturing process for vinegar production in the Kingdom of Baden in 1823. Known as the compact generator, it flowed alcohol over beechwood shavings to decrease fermentation times from many months down to 1–2 weeks. This process also promoted the rise of vinegar from an alcohol distilled white vinegar or called spirit vinegar Japan also began promoting vinegar production during the last days of the Tokugawa Shogunate when Matazaemon Nakano, a man from a famous sake brewing family, found sake lees could be used to make rice vinegar. This helped give an ample supply of vinegar for the burgeoning demand for sushi in Japan. The organization he established, now known as Mizkan, is headquartered in Kyoto and is the world’s largest vinegar producer.

Likewise, vinegar fermentation became recognized as a biological and natural process. Louis Pasteur made the discovery that a particular type of bacteria, later known as acetic acid bacteria, was the foaming agent for vinegar production.

In the 20th century, vinegar making was transformed again by the invention of the immersed fermentation process that cut production time down to 1–2 days. This allowed the massive production of affordable vinegar worldwide.