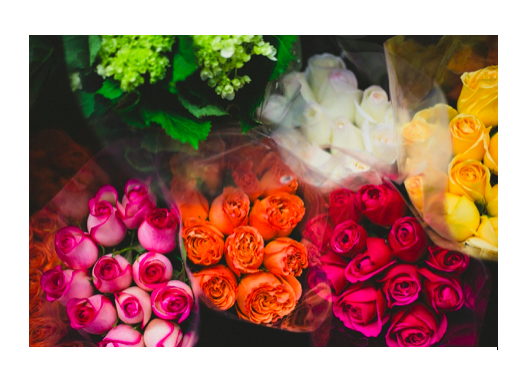 Roses represent romance, love, desire, passion – but when did this all start? When did roses become a primary source of showing affection, love, and beauty?

Summertime’s a season of abundance filled with warm days and colorful bouquets wherever you look. Yet, of all the summer blooms, the rose has got to be the best known.

Since Cleopatra famously bedecked the floor of her boudoir to welcome Mark Antony way back in 40 BC, the rose has been firmly ingrained in our minds as a symbol of passion and love.

Let’s take a deep dive into the history of roses and the role they’ve played through the ages.

The Romans were among the first civilizations to venerate the rose. They scattered rose petals around their dwelling, distilled rose oil for perfume, and as a breath sweetener.

It was also used as a mild astringent and health tonic and as a wreath for tombs. They held an annual festival to honor the dead named the Rosalia feast.

The term sub rosa, used in modern law today, comes from the Roman tradition of hanging a rose outside a room while confidential meetings were underway.

The Romans weren’t the only civilization to associate roses with love. Tales are love are closely intertwined with this flower throughout Greek mythology. These are some of the best known-Greek myths about roses:

In one story, Venus, the Greek goddess of love, pricks her foot in a rose bed during an altercation between her lover Adonis and the God, Mars.

Hurrying to her lover’s defense, blood flowed from her foot. As it hit the bare Earth, the drops turned into red roses.

Fittingly both the Greek goddess of flowers and the god of love, have many associations with the rose.

Upon finding the dead body of her dearest nymph, Flora, the Goddess of Spring and Flowers, was inconsolable. Distraught, she begged the gods to help her change her loved one into the most beautiful flower on Earth.

They obliged and the rose was born.

Cupid’s also credited with creating the rose. Legend has it that he knocked over a bowl of wine with his wing, and roses sprouted where the wine dropped to the ground.

In another tale, Zephyrus changed himself into a rose to get the attention of Flora, who he adored. He earned a kiss for his efforts.

Flora’s also credited with naming the rose. When Cupid took aim at Flora and struck her in the breast, she’s said to have exclaimed ‘ros’ instead of Eros, meaning love. Since then love and roses have been inextricably entwined.

The Chinese have grown roses for thousands of years. In China, roses symbolize honor, long life, and purity of heart and mind.

According to Hindu legend, Vishnu’s created his wife, Lakshmi from 108 large roses and 1008 red rose petals.

An Arabic tale tells how a nightingale fell in love after seeing a white rose and was thus inspired to compose its beautiful song. It pressed its body so close to the rose that a thorn pierced its heart, tingeing the rose with a red hue forever.

The Arabs believed that roses had a direct effect on their hearts too.

The Rose in Religion

Just as the red rose’s become synonymous with love, the white rose is a universal symbol of purity. This stems from its long association with the Virgin Mary.

Medieval devotional verses refer to Mary as the ‘rose without thorns’, and equate the five petals of the wild rose with the five joys of Mary. These are the five key moments that gave her joy, namely:

There are many instances of Medieval art depicting the Virgin Mary in a rose garden, said to represent Eden. The Christmas Rose is a symbol of the nativity and a topic of many medieval hymns and carols.

In this way, both red and white roses gained an association with love. The one passionate and romantic, the other pure and spiritual.

Over the years, people in Victorian England developed a complex language involving flowers and attached additional meanings to different colored roses in the process.

Eleven roses in a bunch imply that the sender loves the recipient more than anyone else in their life, while a single rose signifies endless love.

Nowadays, roses remain an enduring symbol of passion and have spread to every corner of the globe. These beautiful blooms are hardy and tolerant as long as they’re kept in a temperate climate.

All it takes is a little pruning in the wintertime and some appropriate fertilizer to grow your own stocks of gorgeous roses. If you don’t have the greenest fingers in town, no problem. You can order roses online to spoil your significant other all year round.

No matter how widespread roses become, they never lose their appeal and are still the most widely-recognized expressions of love worldwide.

If you enjoyed brushing up on your floral facts with this exposé on roses, keep reading our website.