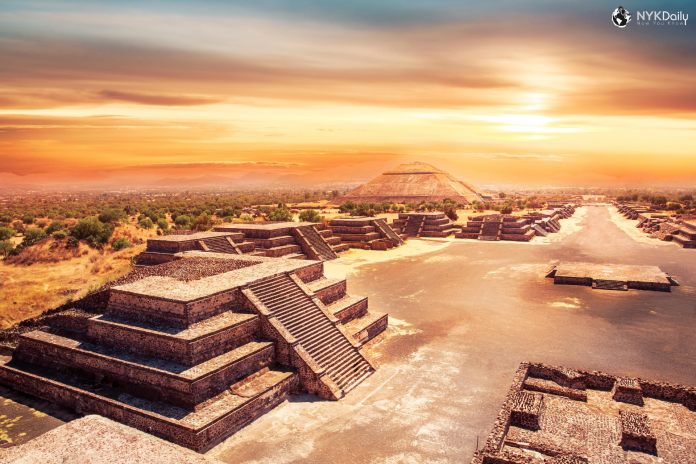 Teotihuacan is an ancient Mesoamerican city inhabited in a sub valley of the Valley of Mexico, situated in the State of Mexico, 25 miles northeast of modern-day Mexico City. The ancient history of Teotihuacan is quite mysterious, and the origin of its founders is unknown. Around 300 BCE, people of the southeastern and central areas of Mesoamerica began gathering into larger settlements. Let’s look at the four periods of Teotihuacan.

The name Teotihuacan (or Teōtīhuacān) was given by the Nahuatl-speaking Aztecs decades after the fall of the town around 550 CE. The term has been synonymous with “birthplace of the gods” or “the area where gods were born,” reflecting Nahua origin stories that were said to occur in Teotihuacan.

The first human establishment in the neighborhood dates back to 600 BCE, and until 200 BCE, there were distributed small settlements on the site of the future city of Teotihuacan. It is discovered that the total population of the Teotihuacan Valley during this time was approximately 6,000 inhabitants. During the period from 100 BCE to CE 750, Teotihuacan had evolved into a vast administrative and urban centre with cultural influences throughout the broader Mesoamerica region.

The history of Teotihuacan is characterized by four periods, known as Teotihuacan I, II, III, and IV.

Archaeological data suggests that Teotihuacan involved several ethnic groups. The official languages used by Teotihuacan are mysteriously unknown, Nahua and Totonac, early forms of which were spoken by the Aztecs, seem to be highly likely. This clear diverse population of Teotihuacan can be dated back to a natural disaster that occurred before its population boom. At one point in time, Teotihuacan was challenged by another basin power, Cuicuilco. Both cities were approximately the same size and centers for trade, commerce and artisans. Around 100 BCE, however, the power changed when Mount Xitle, an active volcano, exploded and profoundly impacted Cuicuilco and the farmland that supported it. It is concluded that the exponential growth of Teotihuacan’s population was due to the following migration of those dislodged by the eruption.

The agreement among scholars is that the chief deity of Teotihuacan was the Great Goddess of Teotihuacan. The robust civic architecture is the pyramid. Politics were based on the state religion; religious rulers were the political leaders. Religious leaders would select artists to create religious artworks for rituals and ceremonies. The arts were burnt during religious rituals to summon the Gods, including rituals with human sacrifice.