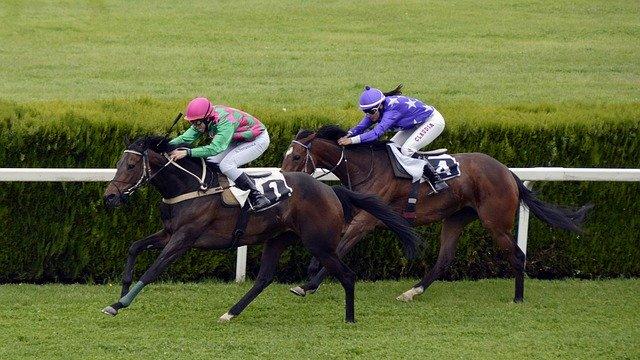 As with most sports, the horse racing world has been seriously affected by the pandemic and the lockdown that followed it. Several of the world’s top races were either cancelled or re-scheduled for later in the year.

The good news is that this means that there are still some top-class races to come later in the year. Here are some of the key horse racing events to look forward to in the rest of 2020.

Scheduled to happen on: 5th September 2020

This race is traditionally held at Churchill Downs in Louisville every May, but this year the health crisis meant that it was postponed until September. This will be the 146th running of this historic event.

It is usually the best-attended horse race in the US, with many celebrities among the thousands who turn up to witness the Run for the Roses. Races at the venue have been carried out behind closed doors recently, but it is expected that spectators will be allowed in for this event.

The Kentucky Derby is the first part of the American Triple Crown most years, but it is the second leg in 2020 since the Belmont Stakes was run in June and won by Tiz the Law. A look at the latest Kentucky Derby odds on horses shows that this horse is currently the favorite. Click here and see more.

Scheduled to happen on: 9th September 2020

Horse racing in the UK has also been affected by the lockdown, with numerous events cancelled or else carried out behind closed doors. One of the few remaining major events in 2020 is the St Leger Festival in Doncaster.

The highlight is the St Leger Stakes, which was first run in 1776 and is classed as being the world’s old classic. It is also part of the Fillies’ Triple Crown. There was no need to change the date this year, so it will be run on September 12, with the overall festival starting on September 9.

The St Leger Festival will be run behind closed doors, after the 2019 event attracted 54,000 spectators over its four days.

Scheduled to happen on: 3rd October 2020

This final leg of the American Triple Crown is run in May too, but this year’s event was postponed to October 3. However, according to the latest reports this is still noted as being a tentative date rather being something definitive.

The Preakness Stakes is run at Pimlico Race Course in Baltimore, Maryland and 2020 will be its 145th version. Known as the Run for the Black-Eyed Susans, it will be final leg for Tiz the Law to win the Triple Crown if he wins in Kentucky the month before.

It isn’t yet clear whether the event will be held with spectators or behind closed doors. The 2019 event had a total attendance of over 130,000, making it the second-best attended racing event in the US last year.

This series of races started out in the mid-1980s over a single day and was then expanded into a two-day event since 2007. The races are held in a different location across the US each year, and the 2019 version of it took place in Santa Anita Park in California.

2020’s Championship will be held in Kentucky, at the Keeneland Race Course in Lexington. With total purses reaching over $30 million, it is easy to see why this is one of the year’s most eagerly anticipated events.

It is typically seen as being the final race in the American horse racing season, as it takes place in early November. This year, there has been no need to change the date, so it will be on November 6 and 7.