How Can Dogs Smell Diseases? 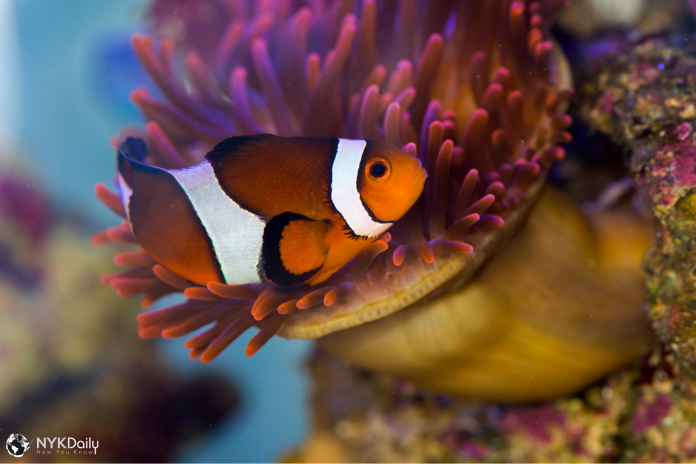 This is part-3 of the symbiotic relationship series that we started around 40 days ago. The second part explored an unusual bond between hippos and crocodiles. In the first part, we saw a Squirrel and Bird bond made in heaven.

The clownfish, also known as Anemonefish, is a kind of fish that lives in saltwater habitats. Clownfish are bright, orange fish with three white stripes, one at the middle, head, and tail. If you look closely, you may notice that there are tiny black lines around the white strips. Also, the tips of their fins have a thin black rounded stripe. Clownfish can grow to be from 3 to 5 inches long. The males tend to be remarkably smaller than the females.

A cousin of jellyfish and coral, anemones are stinging polyps that spend most of their time connected to rocks on the sea beds or coral reefs waiting for fish to pass close enough to get entangled in their venom-filled limbs. Ouch. Their bodies are made of a sticky pedal disc, or foot, a round shape, and a blend of tentacles encircling a central mouth. The arms are triggered by the smallest touch, shooting a harpoon-like filament into their prey and instilling a paralyzing neurotoxin. Ouchh?

The greatest example of a symbiotic relationship is the bond between clownfish and sea anemones.

Sea anemone is exceptionally poisonous for other marine wonders. However, Clownfishes are the only fishes who do not get stung by the sea anemone’s tentacles. The tentacles, rather than injecting poison, are seen cuddling these orange fishes. Clownfish have a thick mucus coating that shields them from the sea anemone. However, this mutual respect is much more than a mere no-attack stance. The clownfish and the sea anemone help each other survive in the sea. In return for a harmless and guarding home, the clownfish helps the anemone in several essential ways. Clownfish clean the anemone, provide nutrients in the form of waste, and scares away pillaging fishes like butterflies. In other words, the anemone is dependent on Clownfish for nutrition and protection. In return, the anemone provides home, shelter, and a poison-free environment to the clownfish. Indeed, nature writes the best love story.

This relationship is a match made it heaven. Clownfish protects and feeds anemone, and in return, anemone promises to provide a toxic-free environment exclusively for the clownfish.