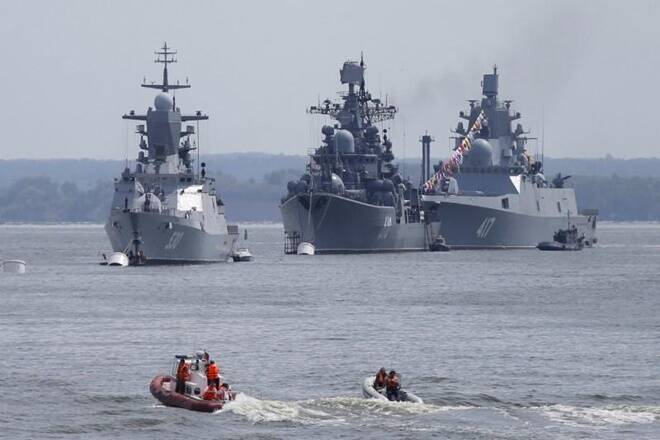 Sweden is stepping up its defense activities in the Baltic Sea region due to what a high-ranking official called “a deteriorating security situation” as Russia and NATO conduct military operations in the area.

The Swedish armed forces said Tuesday that they initiated a “high-readiness action” in the southeastern and southern Baltic Sea due to the “current, extensive military activity” in the region. Sweden is not a member of NATO.

The armed forces gave no details about the deployment but said the goal “is to strengthen maritime surveillance in the Baltic Sea at sea and from the air.”

“Extensive military operations are underway in the Baltic Sea region, both from Russia and the West, in a way that in some parts has not been experienced since the days of the Cold War,” Chief of Joint Operations Vice Adm. Jan Thornqvist said.

In a statement, he said it was the Swedish armed forces’ assessment “that the risk of a military attack on Sweden is currently low, but the unpredictable security situation in our immediate area places high demands on our accessibility and preparedness.”

“We follow, we adapt, and we choose methods in our way of meeting the world around us,” Thornqvist said.

“The corona pandemic has also led to increased global concern and uncertainty. Overall, the situation is more unstable, more conflict-ridden and more difficult to predict. The current developments in Belarus remind us of this,” he added.

The military deployment “is a way of sending the signal, both to our partners and to the Russian side, that we stand up for Swedish integrity and sovereignty,” Defense Minister Peter Hultqvist told Sweden’s news agency TT.

Sweden’s external military intelligence service said in March that the security policy situation in the region “has deteriorated over time,” meaning there is “an increased risk of military incidents and confrontation that can, in the worst case, lead to a situation escalating.”

The Military Intelligence and Security Service, known by its Swedish acronym MUST, said “the dynamics between the United States, China, Russia and the European Union (…) affects the security policy situation in the Baltic Sea region.”

In December 2017, Sweden decided to establish the nation’s first new military regiment since World War II — a unit of 350 soldiers based on the strategically important Baltic Sea island of Gotland.

The permanent unit was deployed during 2018 to the island’s main town, Visby. The infantry regiment there was dismantled in 2005.

Across the Baltic Sea, Estonia’s foreign intelligence agency has said that the likelihood of a military attack from neighboring Russia remains low.