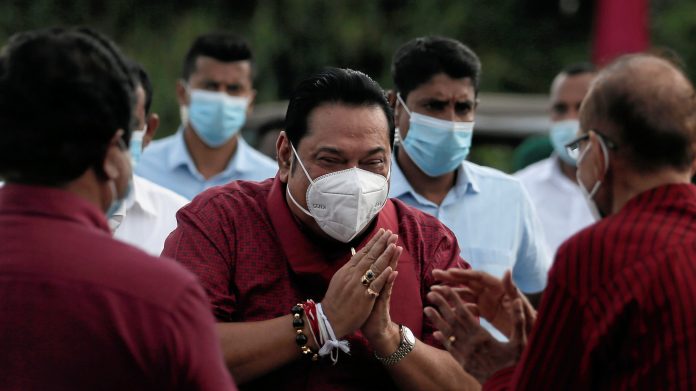 An estimated 40 per cent voter turnout was recorded in Sri Lanka’s parliamentary elections by Wednesday noon after voting began at 7 a.m., said a government official.

In several districts a little over 40 per cent voter turnout was recorded with the highest turnout reported from the central highlands of Nuwera Eliya at 48 per cent, followed by Matale in the south at 46 per cent, Xinhua news agency reported.

The capital Colombo recorded a 34 per cent turnout by noon.

Voting for the parliamentary polls will end at 5 p.m., the official added.

The Election Commission said an estimated 16.2 million people are eligible to vote in Wednesday’s polls which will elect a new 225-member Parliament.

Over 12,000 polling booths have been set up across the country, while 69,000 police officers have been deployed nationwide.

In addition 8,000 health sector employees have been deployed in all polling booths as strict health guidelines are in place due to the COVID-19 outbreak which has to date infected over 2,800 people.

Face masks were made mandatory for all voters and officers on duty, while hand hygiene was also maintained. Voters were encouraged to bring their own pens in black or blue colour to mark their votes.