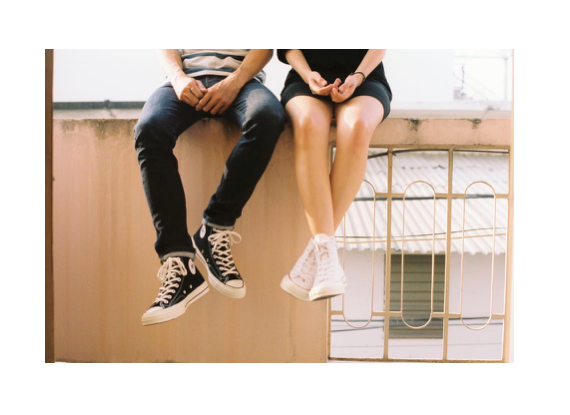 The sneaker industry is worth about $60 billion and is only going to keep growing. What was once created solely (no pun intended) to improve the comfort for athletes has become a worldwide fashion phenomenon.

In fact, you don’t even have to be into sports or fashion. Many of us are just looking for something comfortable to wear on our feet when we relax.

Are you into sneakers? Do know how who invented sneakers? Keeping reading to learn about the history behind your obsession.

Are Those J’s or A Piece of History on Your Feet?

Many sneaker junkies don’t realize that their Yeezys are more than an ostentatious display of wealth. It’s actually like owning a modern piece of history.

We have come a long way since the first sneaker. But if you understand the journey, you will have an even greater appreciation for your footwear.

You might be surprised to know the most famous sneaker in Ancient Greece was the Leonidas 12’s.

Of course, that isn’t true. Sneakers have only been around a couple of hundred years so what did we do before that?

Well, most footwear fell in the category of either sandals, boots, or slippers. The first athletes who competed in the early Olympics ran barefoot.

Nowadays, there is a whole industry dedicated to foot comfort. There are wide lines of gel inserts to make it more comfortable.

We’ve come along way since the 1500s. In those times, people would put a layer of moss in the shoes for extra comfort.

It is tough to say who made the first sneaker. However, credit is generally given to Wait Webster.

In 1832, he was awarded a patent for his process of cementing rubber soles to shoes and boots. Flimsy and goofy looking as they were, these are the ancestors of modern sneaker designs.

Plimsolls, also known as daps or pumps, were produced by the Liverpool Rubber Company in the 1830s. They were commonly worn by schoolchildren during phys ed classes.

The name has a nautical origin. The plimsoll line of a ship refers to the waterline. It’s where the hull of the ship meets the water’s surface.

Boxing stars have long been in the spotlight. One hundred years, this was even more true.

Boxers were quick to adapt to the plimsolls and other athletic shoes. The rubber soles gave more balance and maneuverability.

6. The Father of Sneaker Deals

In the early 1920s, Converse began to grow in popularity. Their shoes remain iconic to this day.

However, a large part of their success was due in part to their sponsorship with Chuck Taylor, an “all-star” basketball player of the time. He would spend a large portion of his life promoting the legendary sneakers.

Jesse Owens was wearing a pair of sneakers designed by the Dassler brothers.

Rudolph and Adolph Dassler eventually split and created their own companies. Today, those companies are known as Pumas and Adidas.

Many of us might not make it all the way to the Summer Olympics. That doesn’t mean one can’t own a (couple of) nice pairs of sneakers.

Knowing who invented sneakers and what they were like give us a greater appreciation for footwear. Take care of your sneakers and try not get them scuffed or creased.

Visit our blog for more articles about fashion and lifestyles.