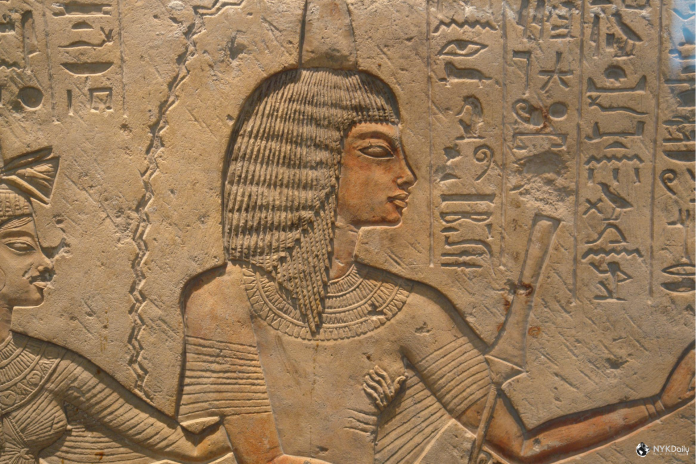 It is best recognized as when the Hyksos people of West Asia made their presence felt in Egypt and whose reign spanned the 15th dynasty established by Salitis.

End of the Middle Kingdom

The 12th Dynasty of Egypt ended in 1802 BCE with Queen Sobekneferu’s death. She had no successors, causing a sudden end to the 12th dynasty and with it, the Golden Age of the Middle Kingdom. Maintaining the seat of the 12th dynasty, the 13th dynasty ruled from Itjtawy most of its existence, shifting to Thebes in the far south, possibly since the reign of Merneferre Ay.

However, the 13th dynasty proved incompetent to hold on to Egypt’s whole territory, and a provincial ruling family of Western Asian origin in Avaris, located in the marshes of the eastern Nile Delta, broke away from the central administration to form the 14th dynasty.

The Fourteenth Dynasty of Egypt was a chain of kings ruling during the Second Intermediate Period over Egypt’s Nile region. It remained between 1725–1650 BCE. The center of the dynasty was Avaris. The 14th Dynasty survived in harmony with the 13th dynasty based in Memphis. Egyptologists usually recognize the rulers of the 14th dynasty as being of Semitic (Canaanite) descent, owing to the sharp origins of the names of some of their princes and king, like Ipqu (West Semitic for “grace”).

Names in relation to Nubia are also noted in two cases, king Nehesy (“The Nubian”) and queen Tati.

The 15th Dynasty of Egypt was the 1st Hyksos kingdom. It governed from Avaris but did not command the entire land. The Hyksos favored northern Egypt since they invaded from the northeast. The order and names of their kings are uncertain.

The 16th Dynasty ruled the Theban province in Upper Egypt for seven decades. The perpetual war against Dynasty XV overlooked the short-lived 16th dynasty. The soldiers of the 15th dynasty, winning village after village from their southern enemies, steadily encroached on the 16th dynasty territory, eventually endangering and then capturing Thebes itself.

The Abydos Dynasty was a short-lived local kingdom governing Upper Egypt during the Second Intermediate Period in Ancient Egypt. It was simultaneous with the 15th and 16th Dynasties, roughly from 1650 to 1600 BCE. The existence of an Abydos Dynasty was a doubt that kept historians busy for decades. However, the dynasty’s presence may have been proved in 2014, when the tomb of the previously unknown pharaoh Seneb Kay was found in Abydos. The regime tentatively includes four rulers: Wepwawetemsaf, Pantjeny, Seneb Kay, and Snaaib.

Around the time Itj-tawy and Memphis fell to the Hyksos, the original Egyptian ruling family in Thebes claimed sovereignty from Itj-tawy, becoming the 17th dynasty. This dynasty would ultimately lead the war of freedom that drove the Hyksos back into Asia. The Theban-based 17th Dynasty recovered various temples throughout Upper Egypt while maintaining close trading relations with the Hyksos kingdom in the north. Senakhtenre Ahmose, the first ruler in the line of Ahmoside kings, traded white limestone from the Hyksos-controlled region of Tura to build a granary gate at the Temple of Karnak. However, his heirs — the final two kings of this dynasty — Kamose and Seqenenre Tao are traditionally attributed to defeating and overwhelming the Hyksos in the sequence of the wars of freedom. With the 18th dynasty’s commencement around 1550 BCE, the New Kingdom period of Egyptian history begins with Ahmose I, its first pharaoh, achieving the ejection of the Hyksos from Egypt and putting the country, once again, under centralized bureaucratic control.