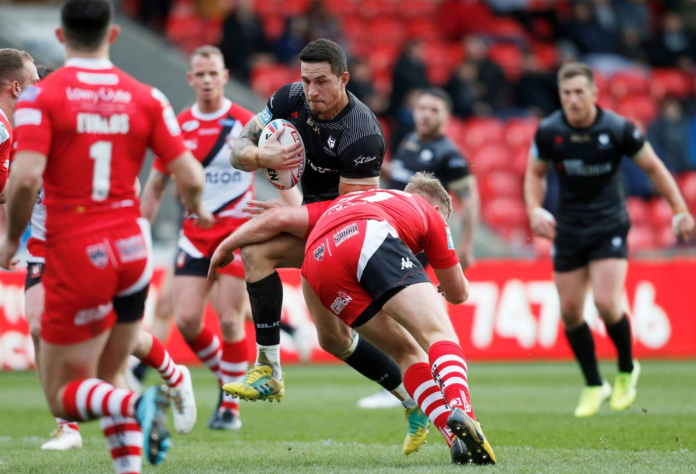 The Toronto Wolfpack, who signed New Zealand’s Sonny Bill Williams before the start of the campaign, have had their Super League Europe participation agreement terminated after withdrawing from the competition last month.

The Toronto team had said it was withdrawing from the August restart due to the financial challenges brought on by the COVID-19 pandemic but had planned to take part in 2021.

The participation agreement, which was signed in February, outlines the terms that clubs must meet in order to take part.

“Super League’s action reflects the seriousness of the breach of contract by Toronto Wolfpack, which has impacted the league and its member clubs,” the league said in a statement on Monday.

“The Wolfpack would now have to enter into a new participation agreement before being able to play in the competition in 2021.”

The Wolfpack said owner David Argyle was in discussions over transferring ownership of the league’s only trans-Atlantic club.

“We are currently leading discussions around a take-over with potential ownership groups from both the U.S. and the UK,” the club said in a statement.

“In these discussions the club have made it very clear that the new owners would need to honour all payroll commitments and future contractual obligations.”

Wolfpack, who have granted dual code international Williams a release, had lost each of their six games this season.