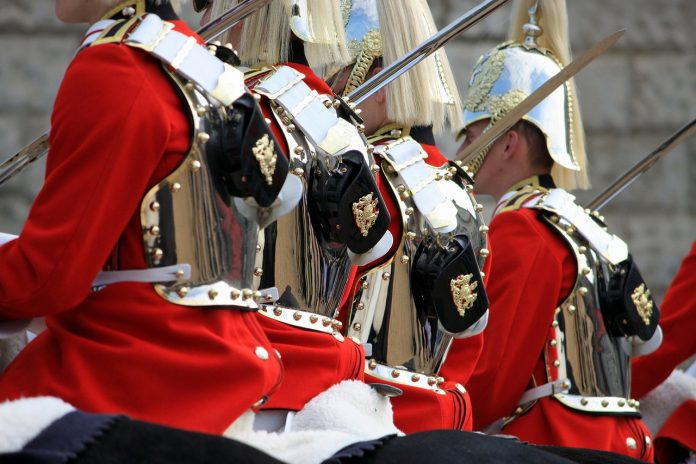 There is a long and proud tradition of royals serving in the military. From as long ago as 2334BC when King Sargon of Akkad’s military victories established the first empire in Mesopotamia, to the more recent advent of Prince Harry joining the Royal Military Academy to begin officer training at Sandhurst in 2005, generations of royals throughout history have served in the armed forces.

In this article we will examine some of the most notable of these individuals and chart the length of time that their military service would represent on their royal CV.

Alexander was a member of the Argead dynasty and king of the ancient Greek dominion of Macedonia. He took the throne in 356BC at the age of 20 and spent the duration of his reign conducting military campaigns through Asia and northeast Africa. 10 years later and undefeated in battle, his empire stretched from Greece all the way to India.

His incredible ability to strategize and plan on the battlefield won him the respect of his men. His troops continued to stay motivated even when they were outnumbered as they knew that they were serving in one of the greatest and most well organised armies in history.

Though he died at the age of 32, before being able to fulfil his dream of conquering the whole of Arabia, he is still regarded as one of the greatest military leaders in history and his battle tactics and schematics are used by many armies across the globe to this day.

Richard I became King of England in 1189 and he is one of the most famous warrior kings of the medieval age. He was honourable, brave and blessed with a legendary courage that has seen his ‘Lionheart’ moniker echo down the centuries.

Richard was a celebrated military leader and is famous for multiple victories on the battlefield during his reign. The most notable of these was against the armies of Saladin during the third crusade (1189-1192).

Richard spent most of his ten year rule engaged in military engagements overseas and actually only spent six months of his reign in England. During his long absence his brother John came close to seizing the throne and, after Richard died in 1199 having been wounded by an arrow during the siege of Chalus in France, his brother finally succeeded him.

Legend has it that Richard summoned the bowman that had delivered his fatal wound to his bedside before his death. He was so impressed with the bravery that the man showed in refusing to be cowed in the presence of the king that he pardoned him.

Despite the fact that Prince Phillip concluded his active naval duties in 1951, his connection to the armed forces still makes up an important part of his royal cv. In 1952 he became Admiral of the Sea Cadet Corps, Colonel-in-Chief of the Army Cadet Force and Air Commodore-in-Chief of the Air Training Corps. A year later, he was promoted to Admiral of the Fleet and appointed Field Marshal and Marshal of the RAF.

Having left school at the age of 18, Prince Phillip (at the time Prince of Greece and Denmark) joined the Royal Navy as a cadet in 1939 at the advent of World War II. He graduated as top cadet in his class and went on to see active service in both the Mediterranean and Indian Oceans. He was also present for the Japanese surrender of Tokyo Bay in 1945. He was one of a limited number of royals to serve in such a forward facing front line role and by the age of 21 he was appointed first lieutenant of the destroyer HMS Wallace.

After the war in 1946 Prince Phillip renounced his rights to the Greek throne and became a British citizen. Not long after, he asked George VI for Princess Elizabeth’s hand in marriage and, on November 20th 1947, they were married at Westminster Abbey.

More recently, The Duke has taken a step back from his royal responsibilities – both military and ceremonial – and in 2017 his grandson Prince Harry succeeded him as Captain General Royal Marines.

Albert was crowned King of Belgium in 1909 and immediately set to work on strengthening the Belgian army. In 1913, a year before the outbreak of World War I, he passed a military conscription bill.

He was one of the last Kings in history to fight beside his men on the front line. He was in direct command of the Belgian forces that tried to prevent German troops marching through Belgium into France in 1914. Under his lead, the Belgian army was able to temporarily stem the German advance, thereby giving the French and British armies some much needed time to prepare for their own clashes with the German army.

He saw active combat throughout the war and even permitted his 14 year old son to join the army as a private and fight alongside him. It is said that whenever he was fighting on the front line that the German soldiers refused to fire upon him because of his royal status. It could also have been that they feared retribution from the Kaiser who led the German army as King Albert was actually the Kaiser’s cousin!