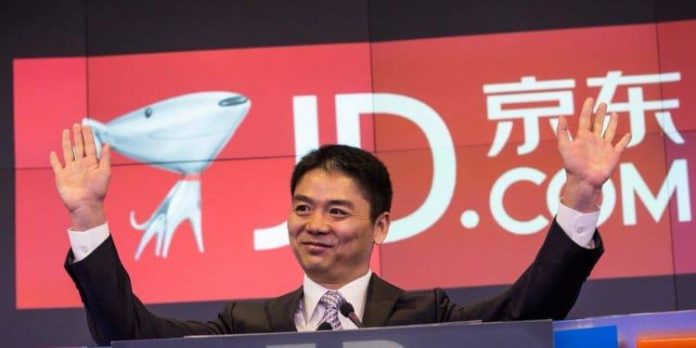 As the retail sector embraces technology, the applications once seen as science fiction have appeared and become reality. JD.com has been one of the leading developers of new technology that has included the creation of the JD Digits company. Richard Liu, the founder and head of JD.com believes it is the responsibility of his company to develop the latest technology in the retail sector. The latest development by JD Digits is the Commercial Street OS that allows consumers to interact with both the physical and digital sectors at one time.

The development of a digital shopping street has been the latest aspect of the movement of shoppers from around the world. The latest digital shopping application from JD.com is based around the desire to bring a new way of buying products and services from physical brick and mortar stores. The Commercial Street OS from JD Digits has been developed to bring a new shopping experience to one of the most historic districts in Beijing. Wangfujing is one of the leading retail districts in China with a range of successful stores already in place. This shopping district in Beijing has partnered with WeChat and JD Digits to change the face of shopping in both the physical and digital sectors.

A mini-program has been developed through the WeChat platform known as “Glamorous Wangfujing”. This is one of the most impressive aspects of the work of JD Digits company has been moving into focus for Richard Liu over the last few years. Liu is also known as Liu Qiangdong in China, where he has become one of the most famous people on the Internet because of his active presence. This has been a stunning turnaround for Liu after he moved forward with his career as a retailer after an initial failure as a restauranter. A serial entrepreneur, the founder of JD.com took the 2004 SARS outbreak in China and turned it into a positive for JD.com.

The historic shopping district of Wangfujing is now one of the most technologically advanced in the world with the development of digital shopping street changing the future of the industry. When a shopper in the area logs into the “Glamorous Wangfujing” app through WeChat, they will find themselves receiving offline coupons and deals that can be obtained in traditional stores.

Because of the arrival of the mini-program with WeChat, JD Digits is capable of making any trip to the historic shopping district part of a much larger social media event for every visitor. Selfies in the district are rewarded with even more coupons and special offers when photos in front of the virtual screen are taken. There are even more benefits available for those who choose to interact with the physical Commercial Street OS platform and the physical district of Wangfujing. These include the ability to learn more about the flow of foot traffic into different stores to take a look at where shoppers are moving to. It is also possible to take a look at the flow of purchases to make sure every shopper is getting the best deals and bargains.